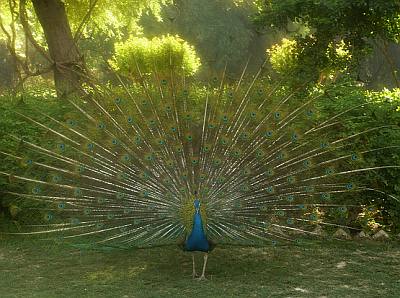 Lal Sohanra is a biosphere reserve in the central Pakistan 36 Kilometers from Bahawalpur city. The park has a small zoo recretion area and a conservation area for animals.

Lal Sohanra is spread over 153,000 acres (620 km2) and is notable for the diversity of its landscape, which includes areas of desert, forest and water.

The park has watchtowers, catching ground, tourist huts, rest houses, Motels, camping grounds and treks for the visitors and lovers of nature. Tourism Development Corporation of Punjab (TDCP) owns and operates a Motel with six double rooms (A.C.) near the park (Ph. No. 0621-871144). 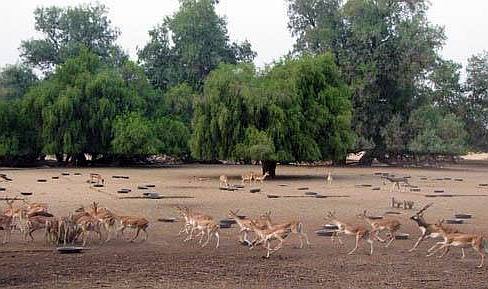 Many species of animals can be found throughout the Lal Suhanra conservation area. These include several wild animals of the desert such as wildcats, rabbits, bustards, and deer. Reptiles in the park include the Monitor lizard, Russell's Viper, Indian Cobra, Saw Scaled Viper, Wolf Snake, John's Sand Boa, and Spiny Tailed Lizard. More than 160 species of birds are also present, including the Houbara Bustard, Griffon Vulture, Honey Buzzard, Marsh Harrier, Hen Harrier, Laggar Falcon, Peregrine Falcon, Kestrel, Indian Sparrow Hawk, Egyptian Vulture, Lark, Shrike, Wheatear, and Barn Owl. Patisar Lake, a large body of water in the center of the park, is ideal for bird watching. In mid-winter, the lake is regularly home to between 10,000 and 30,000 ducks and common coot. 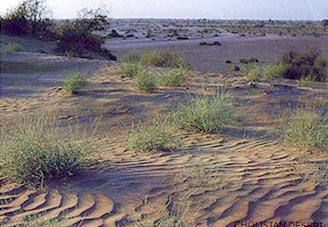 Blackbuck became virtually extinct in the Cholistan Desert but the species has been re-introduced in Lal Suhanra within large enclosures, together with Chinkara gazelle, Nilgai antelope, Hog deer and Indian rhinoceros. There is big lake in the center of the park called Patisar Lake, which is ideal for bird watching. Patisar Lake regularly holds between 10,000 and 30,000 ducks and common coot in mid-winter. Over 13,00 waterfowl were present in January 1987. The park also supports a large population of birds of prey. 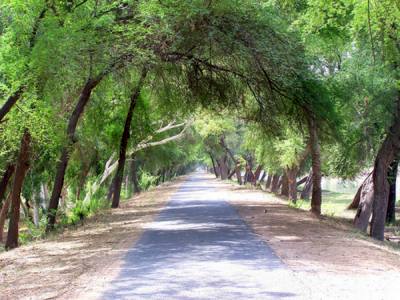 The Punjab government has plans to convert the Lal Sohanra National Park into a wildlife safari park of international standard. One of its most prominent attractions is currently the lion safari, which allows guests to see lions in their natural habitat at close range. In addition, the park's captive breeding suite holds a pair of Rhinoceros which were gifted from Nepal.

Over 400 animals are currently being bred in the Lal Sohanra Park, including a large population of Blackbucks, a breed of antelope most notable for its pronounced sexual dimorphism. The park is constantly supplied with new Blackbucks in order to extend its efforts toward Blackbuck conservation.