The Islamic Republic of Pakistan is located on the South of Asia and is the sixth most populated country on the planet, currently being the land of over 165 million people, most of which Muslims. The name of the country comes from Choudhary Rahmat Ali who was the founder of the Pakistani National Movement. He created the word Pakistan in 1933 as an acronym for the five Muslim provinces of the British Raj: Punjab, Afghania, Kashmir, Sindh and Balochistan. 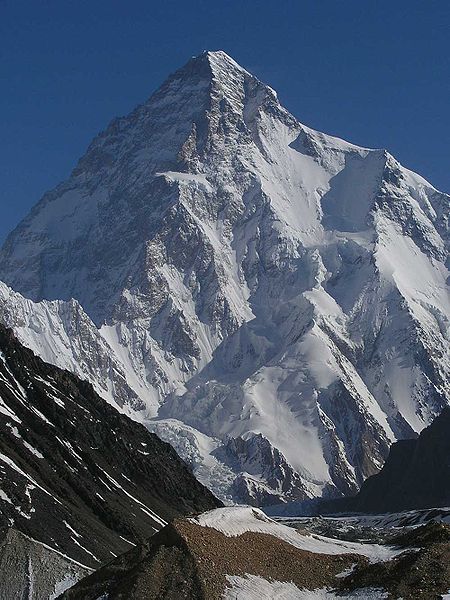 The K2, gargantuan and awe inspiring.

Pakistan covers a large area, with 340,403 square miles (which amount to about 881,640 square kilometers) its size is about the combined land areas of France and the United Kingdom. The country is one of the few places on Earth that seems to have every kind of geological structure. In Pakistan we can find the sea, the Sindh and Punjab deserts, green mountains (on Afghania), dry mountains (on Balochistan), mountains with icy tops, raging rivers, fertile land (on the Punjab and Sindh provinces), water falls, forests and the list goes on. But the list of interesting landmark doesn't end there as we can also find the K2, which is the second highest peak in the world at 8,611 meters of height.

Pakistan has four seasons. From December through February there is a cool and dry winter; a rather hot and dry spring runs from March through May; the period from June to September brings the summer rainy season and a monsoon period on the Southwest; finally there is the retreating monsoon period during the months of October and November. Rainfall changes too much from year to year to have a precise estimate, and the country has had several patterns of alternating flooding and droughts.

The society in Pakistan is built around a hierarchical model based on the traditional Islamic values. In the past decades the urban families have moved closer to the nuclear family system because of the economical and social constraints imposed by the traditional joint family system. We now find an emergent middle class in several cities of Pakistan that have strayed from the traditionalist on the Northwestern regions of the country that remain very conservative.