Over 100 passengers including crew members are feared dead after a private airliner Air Blue domestic flight ED-202 crashed into the Margalla hills here on Wednesday. Air Blue Operations official, W. Hameed Mirza told APP that there were 152 passengers on board the plane which was flying from Karachi to Islamabad. Among the passengers six were crew members.The other details are still sketchy, while a full-fledged rescue operation is underway. The Inter Services Public Relations sources told APP that three army helicopters have been immediately flown to the Margalla hills where very low visibility will pose a real challenge to rescue victims of the crash.

Meanwhile a batch of army troops has also been moved towards the scene to pluck the bodies and retrieve victims of the crash.

The names of passengers on board
the airblue flight ED 2010

The plane was flying from Karachi to Islamabad
which has reportedly lost its contact with the air tower. The exact cause of the crash is yet not known.
When contacted the Civil Aviation Authorities have declined to either comment or give details of the crash but confirmed that it was an Air Blue plane which went down into thick woods of the Margalla hills.


Plane in blaze after crash in the Margala Hills

The cause of the Airblue crash was not immediately clear
said Pervez George
a civil aviation official. He said the plane had left the southern city of Karachi at 7:45 a.m. for a two-hour scheduled flight to Islamabad and was trying to land during difficult weather. Airblue is a private service based in Karachi, Pakistan's largest city.

"The plane was about to land at the Islamabad airport when it lost contact with the control tower, and later we learned that the plane had crashed," George said, adding that the model of the plane was Airbus 321 and the flight number was ED202.

Pakistani news channels showed what appeared to be wreckage of the plane as a helicopter hovered above the heavily forested hills to assess the situation. Fire was visible and smoke was blowing up from the scene. The army said it was sending special troops to the area to help out along with helicopters.

At the Islamabad airport, hundreds of friends and relatives of those on board the flight swarmed ticket counters desperately seeking information. A large cluster of people also surrounded the list of passengers on the flight, which was posted near the Airblue ticket counter.

"Nobody is guiding anyone. People are running from one counter to another," said Arshad Mahmood, whose brother, Maulana Nawab Ulhasan, a prayer leader in a town near Islamabad, was on the flight.

"I'm praying for his survival, but I think there is little hope," Mahmood said.

Arshad Ali said his cousin, Raza Ali, was supposed to be on the flight but missed it in Karachi on his way from Canada.

"We are happy he missed the flight, but things here are in shambles at the airport," Ali said. "For God's sake, take care of the worried people, the relatives of those who were on the unfortunate plane. They have no information and are just running here and there."

Saqlain Altaf told Pakistan's ARY news channel that he was on a family outing in the hills when he saw the plane looking unsteady in the air. "The plane had lost balance, and then we saw it going down," he said, adding that he heard the crash.

Officials at first thought it was a small plane, but later revised that. George said 146 passengers were on the flight along with six crew members.

Raheel Ahmed, a spokesman for the airline, said an investigation would be launched, but that for now the focus was to find survivors. The plane was no more than eight years old, and it had no known technical issues, Ahmed said. He added that to his knowledge, the pilots had not sent any emergency signals. 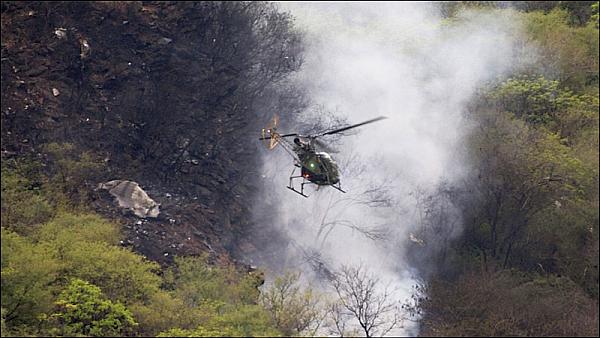 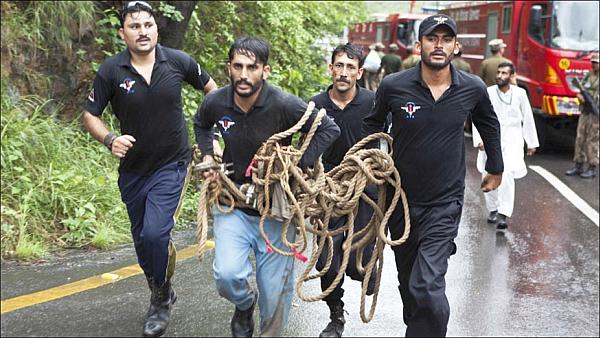 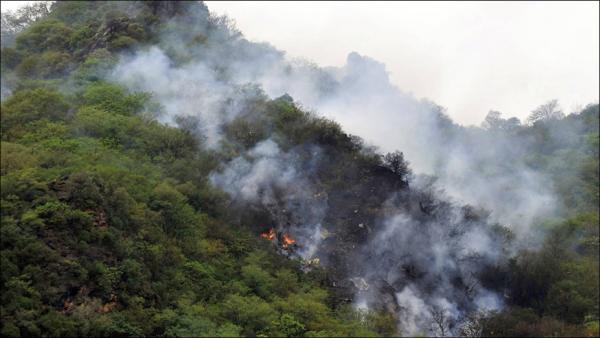