Indus Kohistan is a part of the Karakorum highway that I have rushed through non-stop several times without really exploring the area to its full. But recently I had the good fortune to discover a little more about this remote area stuck between Mansehra and Gilgit. I, along with other keen bird watchers, went venturing into an untouched forest above the village of Karo Sair. The area has seldom been visited by tourists, where self-sufficient communities grow mostly maize and wheat, and keep goats and sheep. They also produce and sell honey and walnuts. Our starting point was the Kohistan Inn at Pattan that is seven hours drive from Islamabad. From there we drove a jeep for another two hours to the end of the road on the edge of river Palas. After handing over our load to the porters we started the trek, crossing first a sheer rock band that had been blasted to make a path, another hour of flat walk across the river and a steep ascent up the mountainside through oak forest. We reached the village of Karo Sair after about five hours of steady walk at an altitude of about 2200m, stopping in between for a cup of tea and some maize roti served to us by a villager. This of course was the first indication of the local hospitality. We camped in the summer settlement above the village where porters lit up the central fireplace. In this hujra, as it is locally called, was plenty of straw for comfortable seating. We looked down onto the well-constructed wooden chalets of the village, often built on stilts and with smoke towers. 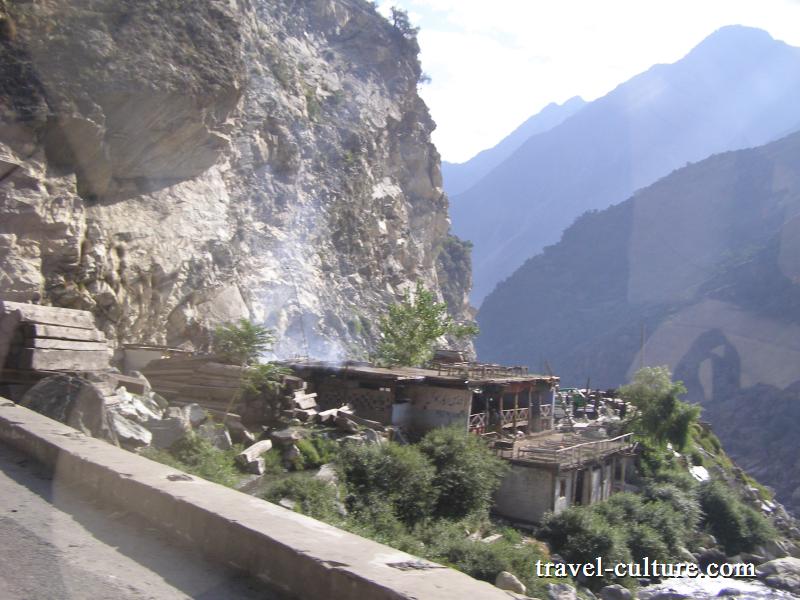 It was amazing to see the porters switch roles from wood gatherers, cooks and tea brewers without a fuss. They were helpful, friendly and full of humour, and we were overwhelmed by their hospitality. In the evening we chitchatted by the campfire, relished the well-cooked food, and lacked nothing.

The true adventure began the following morning when we set out with a shikari, or hunter, and his dog to look for pheasants. We were especially keen to see the illusive Western Tragopan, Koklass and Himalayan Monal that inhabit this stretch of forest. The Western Tragopan pheasant is currently under threat with numbers estimated at around 900 in Pakistan and 5,000 in India. This is a especially shy and colourful pheasant that hides in dense forest vegetation at heights between 2,400m and 3,600m. It is under threat from forest loss, hunting, fodder and fuel wood collection and disturbance by humans. However, the Palas Conservation and Development Project (PCDP) is working to encourage conservation of forests and awareness of environment by involving the locals. Together they are working to improve crop yields, health and sanitation especially for women, and encourage some ecotourism in the valley. 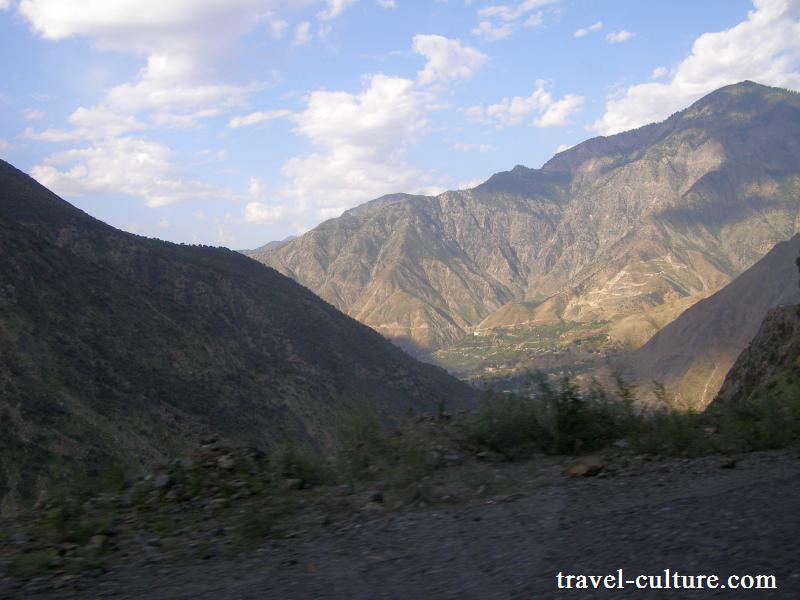 Unfortunately, the still and cold day was not conducive too much in the way of bird life. Instead, we settled for a morning walk, returning to the campsite for lunch and rest, as weather closed in during the afternoon with some flurries of snow.

Day three saw us clambering up steep forest and across scrubby gullies through snow, and into the Tragopan habitat. Here the forest was untouched and extremely beautiful with huge pine and oak trees. The shikari's dog that was accompanying us succeeded in leading us to the three pheasant types. We rested for a few minutes on the rocky outcrops to watch them fly away down the gullies.

We got glimpses of several Koklass, Monal and one Tragopan. And that made us more than happy that morning. We returned to the campsite, and as the weather was closing in we decided to break camp after lunch and move back near the road to ensure our departure the next morning.

It was a pleasant walk down, a different route to our ascent, through several small villages surrounded by beautifully terraced fields and goats and along some rocky outcrops that required nimble feet. The porters travelled fast with heavy loads and plastic shoes, never once tripping on the slippery rocks. We crossed rickety bridges which were well engineered but still felt vulnerable with the river rushing by.

The group camped in a forlorn hospital that was built some years ago but unfortunately, was never completed or used. Sadly, there is little basic health care for these remote villagers. There is a dispensary at the hospital in Kuz Paro village. Some mobile dispensaries carried out immunisation drives in the area with great success last year. We awoke the following morning to see the snow line even lower, so were glad of our decision and left the valley by jeep, back to the KKH, and then to Islamabad.