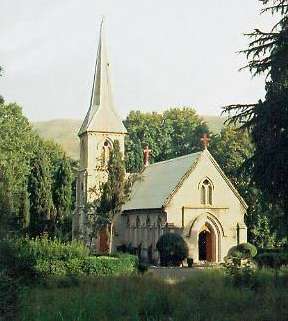 Abbottabad or Abtabad  is a quaint city 110Kms north of Islamabad. It is the popular for the prestigious military School known as PMA (Pakistan Military Academy). It is located, at an altitude of 4120 feet (1250 meters) above sea level.

Historically Abbottabad was an important city of British India, being the headquarters of Hazara Division. It was named after its founder, Major James Abbott. Abbott settled this district in 1853 after the annexation of the Punjab, and became Abbottabad's first Deputy Commissioner. During the British times the town was was an important military cantonment and sanatorium, being the headquarters of a brigade in the second division of the northern army corps. In 1901 the population of the town and cantonment was 7764. Before leaving Abbottabad, Major Abbott wrote a poem titled "Abbottabad".

Abbottabad became a hot topic in the news when Osama Bin Laden was found and killed by the American forces here in the darkness of night without consulting or awaking the Pakistani Authorities. This not only brought some Ill-fame for the city but also became cause of humiliation and disrespect for the country and its forces. This off course has nothing to do with the friendly people living in Abbottabad. Osama lived in a hidden house which was similar to many such houses occupied by top military leaders in the city. Hence no one suspected it nor the occupants of the house came out or interacted with people of Abbottabad.

You can also reach Abbottabad from Peshawar 210 KMs traveling along the GT road visiting the confluence of River Indus and Kabul river at the Attok bridge.

There is also a road from Abbotabad to Nathia Gali and the main road from Islamabad continues thru Abbottabad to besham and rest or Karakorum highway.

The Karakorams, the Himalayas and the Hindukush mountains can be approached from Abbottabad. The city continues to be a transit city for tourists, serving as a base for visits to numerous nearby places, such as Hunza, Gilgit, Skardu and Indus Kohistan, of the Karakoram Range.

While other hill stations are deserted during the winter Abbottabad has visitors due to its mild winters. A cricket stadium, is located on the Murree Road. The Cantonment area of Abbottabad is still very British. The European bungalows, the club, the church and cemetery are still there. Abbottabad is an hour's drive from Nathiagali, the summer capital of the North West Frontier Province. Shmila hill, Ilyasi mosque, Lady garden and the city itself is a place where one can enjoy the every movement and liberty of life.

Taking the PMA exit rather the "Supply Road" will put you on a road which will give you pleasant view of the most beautiful area of the city. You will have to take left exit just before PMA Academy and then you will enjoy the lush green fields and extremely beautiful surrounding. Due to the lush green fields and surrounding you will feel the sudden drop in temperature and cool breeze.

The "Chinar Road" (the Maple Tree Road) is a beautiful 500 meters of the road with more than 60 years old Maple Trees on both side. The tree tops are hovering the road high above and you pass through a beautiful tunnel of trees. And during the winter season its so romantic and soothing to have a walk on this road.

Just on the outskirts of the city is a fantastic site and it takes only 15 minutes to reach there, the amazing "Harno", its an awesome place and has extremely picturesque views. Harno has high mountains which run in parallel until Nathiagali (mountains are almost 200 meters apart ) and a stream of fresh water from the mountains flowing in between these mountains. During the summers, on every weekend there is some musical event going on there or a temporary playland or zoo are the reason of tourist attraction. The best part is having some fun in the cold running stream and then having snacks at the local hotels. 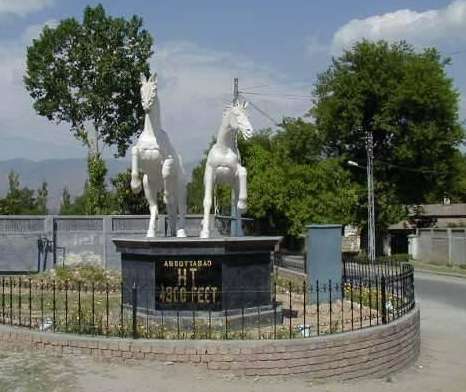 Military Training Institutes like the PMA Kakul, (Pakistan Military Academy) the Regimental Training centers of the Pakistan Army are also located in Abbottabad.

Other than that, many private and government school and colleges are located in Abbottabad city which are renowned for their high standard of education. Among these are Army Burn Hall College, Abbottabad Public School, PIPS, Al-Imtiaz Academy, IQRA Academy, Abbottabad Jamia Public School and two Government Colleges.

The Government Postgraduate College offers higher education of Bachelors and Masters level in Literature, Natural Sciences and Exact Sciences. The college attracts students from all over the NWFP. 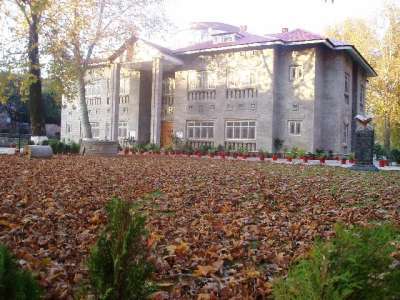 Like much of the mountainous Northern Areas of Pakistan, tourism is one of the important sources of economic activity in Abbottabad, in summer when temperatures in the plains of Pakistan rise to well above 45 degrees Celsius , large number of tourists travel north to Abbottabad to shelter from the blistering heat. The Karakoram Highway, which traces one of the paths of the ancient Silk Road, starts from Havelian 15 km south of the Abbottabad town, and passes through the city. The Karakorum Highway is an attraction for the adventure tourists. Abbottabad is the last big town, the first mild-weather tourist city in Northern Pakistan for the tourists coming from the plains in the south. 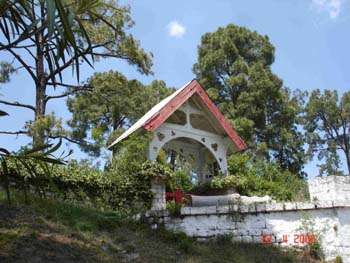 Abbottabad was established as a cantonment and headquarter of the Hazara District (of the present North West Frontier Province of Pakistan) in 1853. It was named after Major James Abbott, first Deputy-Commissioner (1847-53). The town is picturesquely situated at 4,120 feet above the sea. The Garrison during British-era in 1903 comprised "4 battalions of native infantry (Gurkhas) and 4 native mountain batteries." The municipality was created in 1867.

Abbottabad is home to the famed 'PIFFers' (Frontier Force Regiment). The regimental museum, the mess and centre are important places worth visiting which have a wonderful collection of over 150 years of military history. There are several chapels and buildings in the town dating back from the British period.

The Abbottabad Cemetery is located near the Baluch Regiment Centre in the heart of the cantonment. It is a pretty place and considering that the funds for its upkeep are modest, it is reasonably well-maintained. The family that has looked after the premises since 1903 lives in a stone-hut in a corner of the cemetery. The earliest burials date back from 1853 onwards and most of the graves are of officers, soldiers and their families. The cemetery is still in use by native Christians.

There are approx. 150-200 old graves and most of the headstones have now been recorded and photographed by Miss Maheen Rahman