Pictures of Nawabs of Bahawalpur

Bahawalpur is a popular city in the south Punjab. It has been cradle of the state of Bahawalpur ruled by the Abbasi Nawabs. The present city is a modern well planned city in Pakistan. It is the starting point to all adventures in the desert of Cholistan and in the rivers of Punjab.

The State of Bahawalpur was a princely state of the Punjab in what is now Pakistan, stretching along the southern bank of the Sutlej and Indus Rivers, with its capital city at Bahawalpur. The state was counted amongst the Punjab states rather than the neighboring Rajputana states (now Rajasthan) to the southeast. After two centuries of varying degrees of independence, the state became part of Pakistan in 1947. In 1941, the state had a population of 1,341,209 living in an area of 45,911 km² (17,494 sq mi). It was divided into three districts: Bahawalpur, Rahim yar Khan and Bahawalnagar.

The founder of the state of Bahawalpur was Nawab Bahawal Khan Abbasi I (pictures of Nawabs of Bahawalpur). The Abbasi family ruled over the State for more than 200 years (1748 to 1954). During the rule of the last Nawab Sir Sadiq Muhammad Khan Abbasi V, Bahawalpur State was merged with Pakistan in 1954. Bahawalpur was formerly the capital of the state and now is the District and Divisional Headquarters of Bahawalpur Division. It is an important marketing centre for the surrounding areas and is located on the crossroads between Peshawar, Lahore, Quetta and Karachi. Saraiki is the local language of the area. Urdu, Punjabi and English are also spoken and understood by most of the people.

Bahawalpur used the postage stamps of British India until 1945. On 1st January 1945, it issued its own stamps, for official use only, a set of pictorials inscribed entirely in Arabic script.

On 1st December 1947 the state issued its first regular stamp, a commemorative stamp for the 200th anniversary of the ruling family, depicting Mohammad Bahawal Khan I, and inscribed "BAHAWALPUR". A series of 14 values appeared 1st April 1948, depicting various Nawabs and buildings. A handful of additional commemoratives ended with an October 1949 issue commemorating the 75th anniversary of the Universal Postal Union. After this the state adopted Pakistani stamps for all uses.

The rulers of Bahawalpur took the title of Amir until 1740, when the title changed to Nawab Amir. Although the title was abolished in 1955, the current head of the House of Bahawalpur (Salar ud-din Muhammad Khan) uses the title informally. From 1942, the Nawabs were assisted by Prime Ministers. 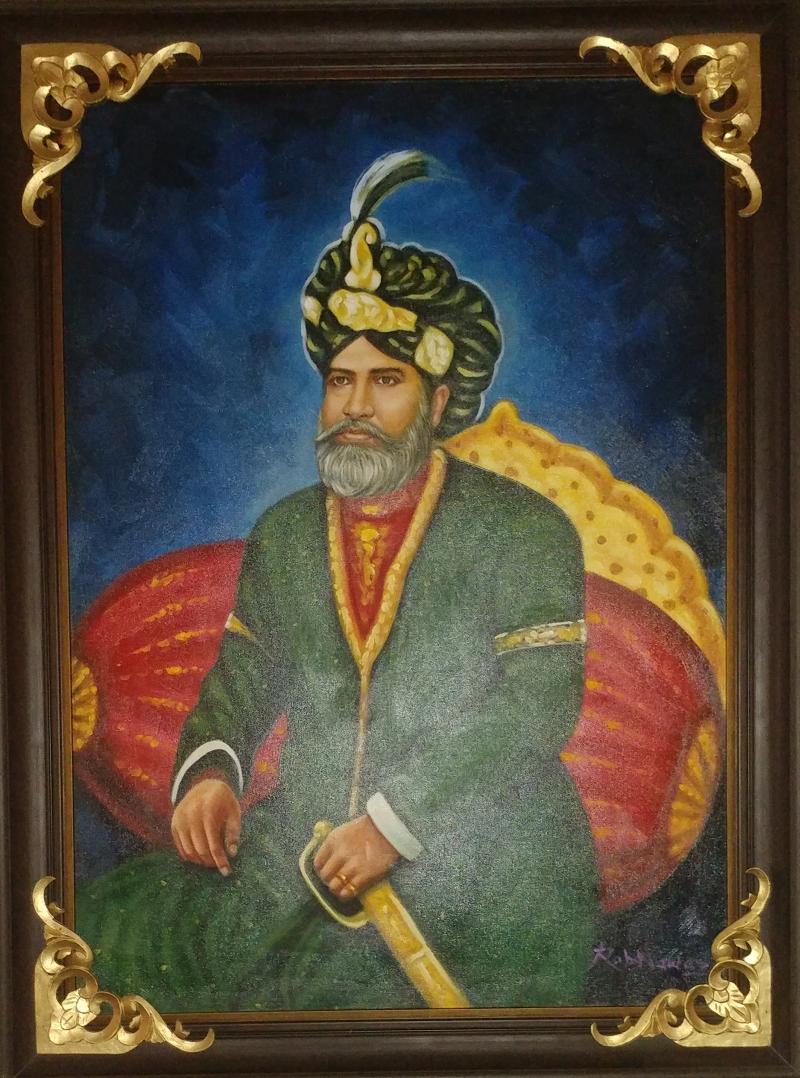 Enthroned in 1723 as head of Abbasid family, Nawab Sadiq Muhammad Khan Abbasi-i established himself on the banks of River Indus near Dera Ghazi Khan, after being evicted from Shikarpur by Kalhora cousins. He was granted area of Chaudan (modern day Liaqatpur) in 1727 by Governor of Multan on recommendation of Makhdooms of Uch Sharif; thus laying foundation of Bahawalpur State. Both the state and family prospered during his rule and saw a considerable increase[he area'^th 'ncl“s^ of Shehr Farid (modern day Chishtian) awarded by Governor of Multan, Derawar Fort (wrested from jaisalmir), Shikarpur, Larkana and Sehwastan (awarded by Nadir Shah). Nawab Sadiq Muhamamd Khan Abbasi-I died in 1746, during a battle with Kalhoras, near
Shikarpur and was buried in Stewart Ganj near Shikarpur With no male heir in progeny of Nawab Muhammad Bahawal Khan Abbasi-I, his younger brother, Nawab Mubarak Khan 4, Abbasi became his successor. The civic infrastructure flourished during his rule. Number of canals were constructed which irrigated large swathes of Bahawalpur, bringing prosperity in the region. Derawar Fort was retaken from Jaisalmer, Fort Marot, Fort Anupgarh, Fort Walhar and Fort Wingrot were added during this time, while construction and repair of other forts, such as Phulra, Dingarh and Mubarakpur was also commissioned. State of Bahawalpur expanded towards east of River Sutlej with inclusion of Mailsi, Dunyapur and Pakpattan and later some parts of Muzaffargarh were also annexed. Cities of Kot Sabzal, Ahmedpur East, Mubarikpur and Mad Manthar were also established during the rule. Nawab Mubarak Khan Abbasi died on 5 June 1772 and was laid to rest besides his brother in Basti Malook graveyard 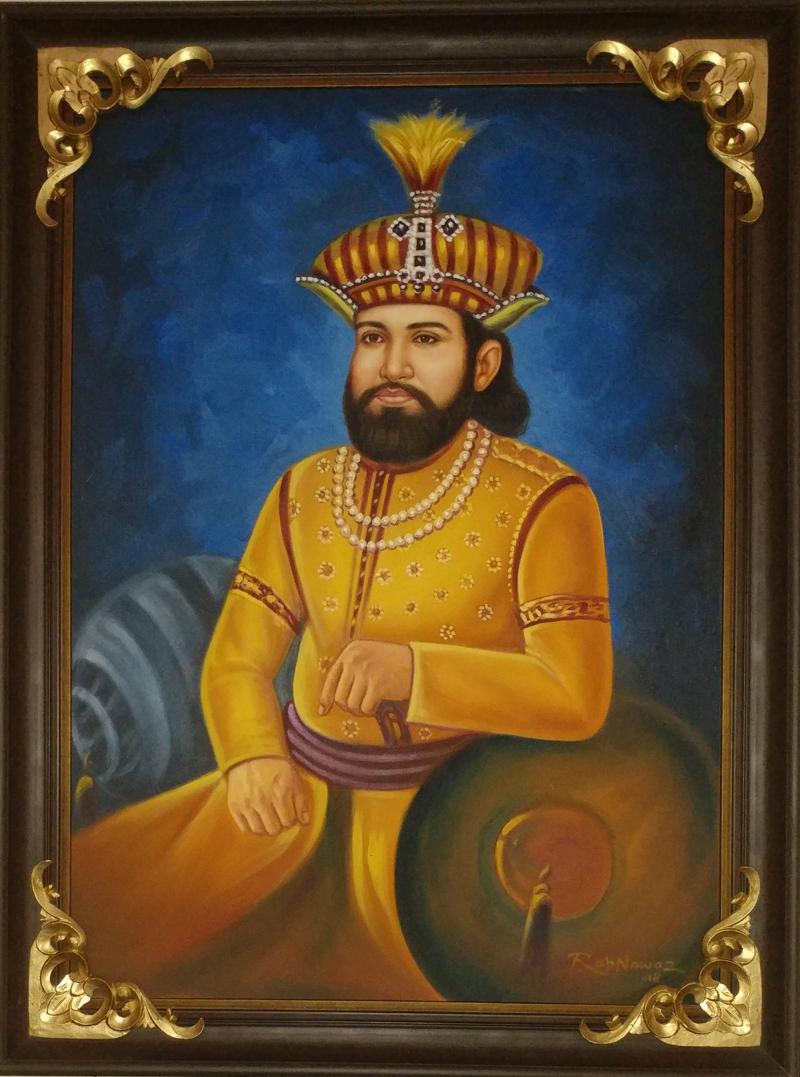 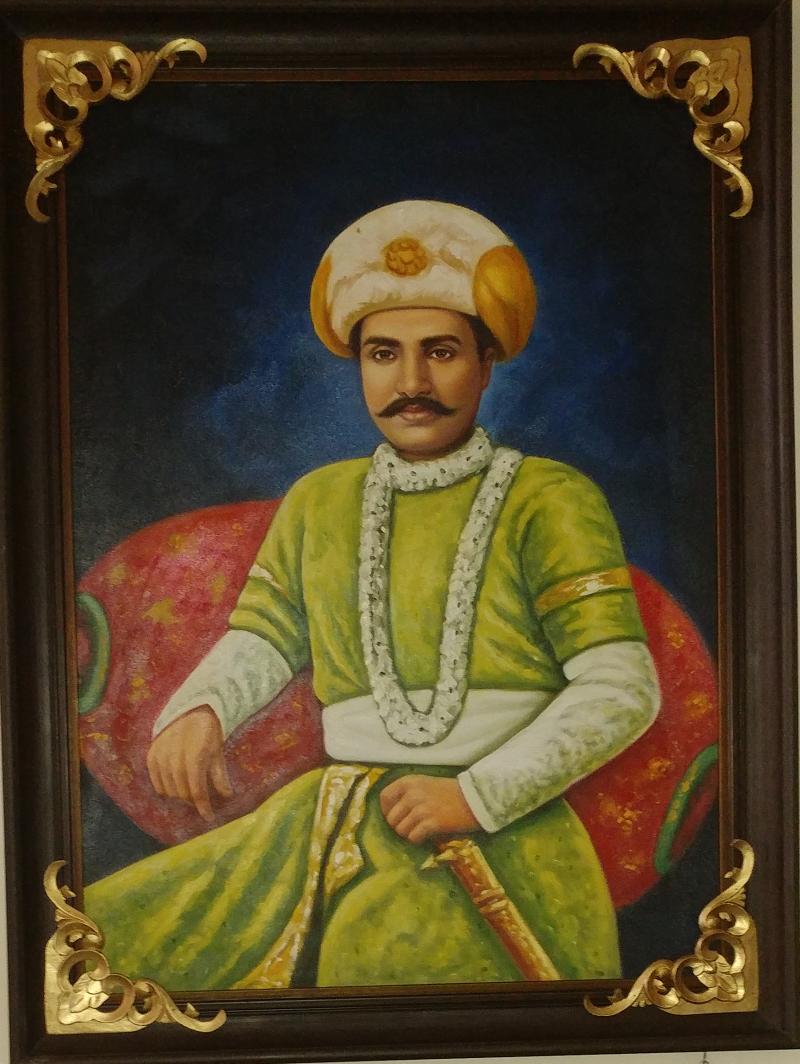 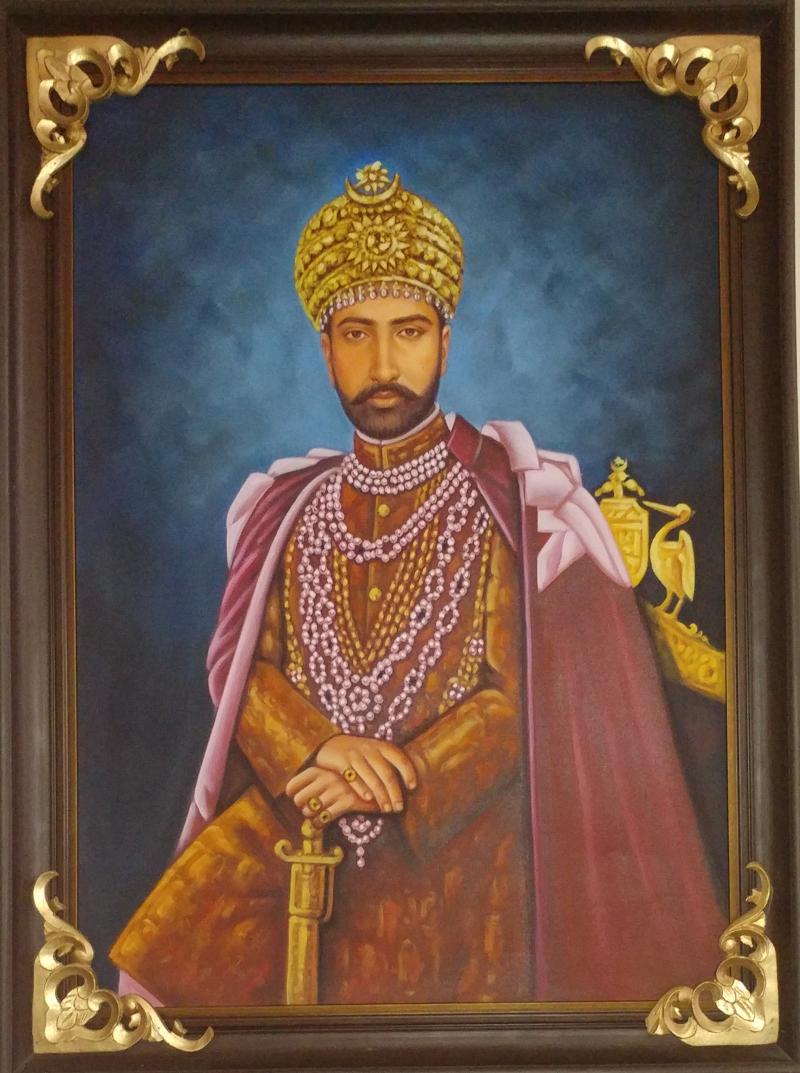 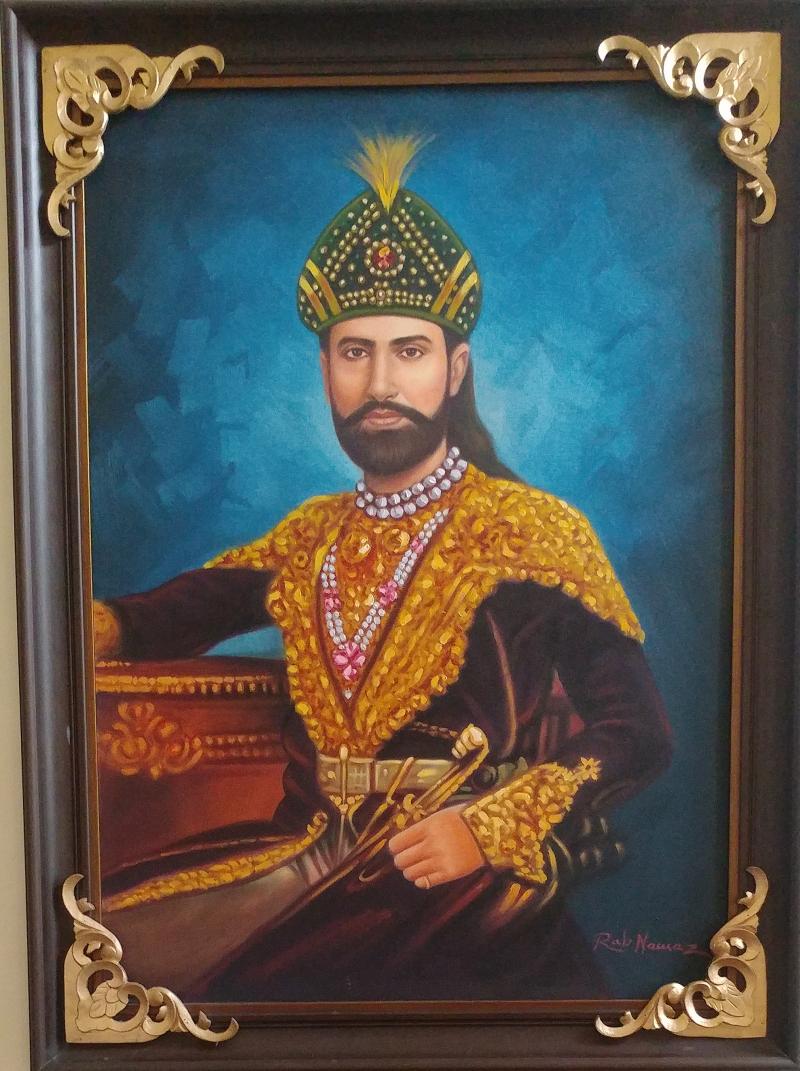 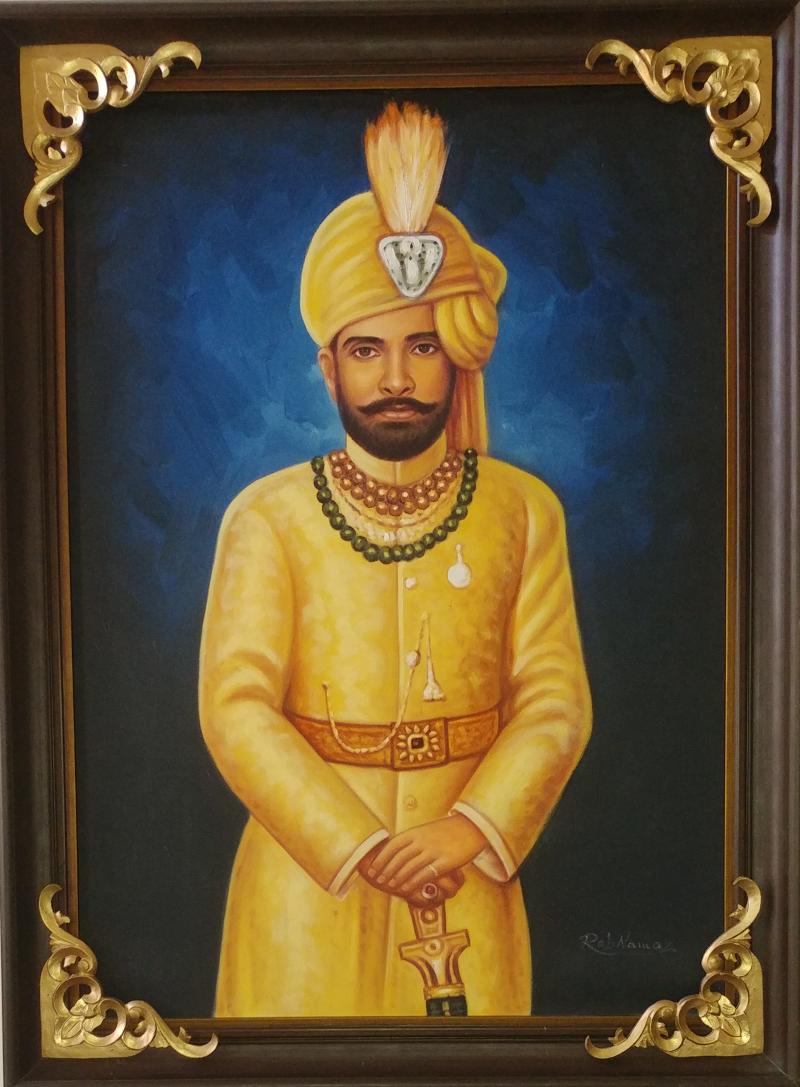 NAWAB SADIQ MUHAMMAD KHAN ABBASI III 1852-1853
Sahibzada Saadat Yar Khan Abbasi, titled Nawab Sadiq Muhammad Khan Abbasi-lll, instead of Haji Khan Abbasi, was selected as next ru*er in 1850. Soon after assuming the title, he placed Haji Khan Abbasi and his other brothers under confinement. More so, a shuffle in major appointments and forced resignation of many officers were made. As a result, a discontentment arose amongst other Daudpotras and government officials. Haji Khan escaped from the confinement and organized an Army which soon defeated Nawab Sadiq Khan Abbasi-lll and imprisoned him in Derawar fort