Literally means the land of Balouchs, Balochistan is the area wise largest province of Pakistan, it constitutes approximately 44% of the total area of Pakistan. According to government figures 2009 estimates, Balochistan has a population of roughly 10 million. Its bordered with Iran in the west, Afghanistan and the North West Frontier Province to the north, Punjab and Sindh in the east. South of Balochistan is bordered by the Arabian Sea.

The principal languages in the province are the native Balochi and Brahui, followed by Pashto, Sindhi, Hazaragi, and Persian. Quetta is the capital and the largest city of Balouchistan, which is a multi-ethnic, multilingual city. Balochistan is rich in natural resources. It is the main source of natural gas in Pakistan.

Quetta:- The capital city of the province
Gwadar:- Port city in the south
Ziarat :-  The land of Junipars the longest living plans on earth.
Turbat:- The historical city of Kech Makran the fort of Punhoon (Pannu)
Kalat:- The former kingdom where the Khan of Kalat had a fort, been host to many explorers and traders in the past.
Hinglaj:- The sacred place of Hindus and the shrine of Aadh Shakti Devi Maata

Story of Kharan, Lasbela and Makran's accession to Pakistan

Balochistan is located at the south-eastern edge of the Iranian plateau. It strategically bridges the Middle East and Southwest Asia to Central Asia and South Asia, and forms the closest oceanic frontage for the land-locked countries of Central Asia.

Total area of Balochistan is  347,190 km (134,051 square miles), which is approximately 44% of the total land area of Pakistan. The population density here is very low due to the mountainous terrain and scarcity of water. The southern region is known as Makran. The central region is known as Kalat.

The Sulaimanki range Mountains dominate the northeast corner and the Bolan Pass is a natural route into Afghanistan towards Kandahar, used as a passageway during the British campaigns to Afghanistan. Much of the province south of the Quetta region is sparse desert terrain with pockets of towns mostly near rivers and streams.

The capital city is Quetta, located in the most densely populated district in the northeast of the province. Quetta is situated in a river valley near the border with Afghanistan, with a road to Kandahar in the northwest. 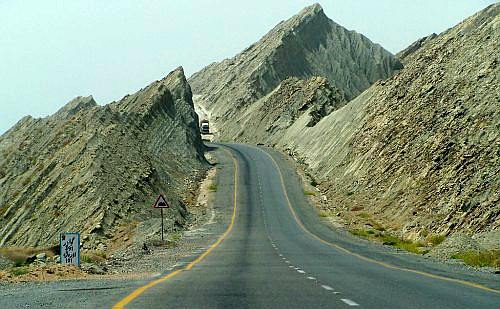 At Gwadar on the coast of the Arabian Sea/Indian Ocean, the Pakistani government is currently undertaking a large project with Chinese help to build a large port.

Very cold winters and hot summers characterize the climate of the upper highlands. Winters of the lower highlands vary from extremely cold in the northern districts to mild conditions closer to the Makran coast. Summers are hot and dry, especially the arid zones of Chaghai and Kharan districts. The plain areas are also very hot in summer with temperatures rising as high as 120 ?F (50 ?C). Winters are mild on the plains with the temperature never falling below the freezing point. The desert climate is characterised by hot and very arid conditions. Occasionally strong windstorms make these areas very inhospitable.

One of the most easiest and scenic way to reach Quetta capital of Balochistan is from Sukkur via Bolan pass the terain is very scenic and spectacular.

Quetta being the capital of the city has a 5 stat hotel The Serena Quetta and also few other 3 star hotels like lourds hotel. In the southern most port city of Gawadar there is the Pearl Continental hotel Gwadar and other smaller hotels. Rest of Balochistan there are few guest houses and 2 PTDC Motels in Taftan & Khuzdar.

Balochistan has a population of around 10 million inhabitants, which makes up approximately 5% of the Pakistani population. Overall, the Baloch and Brohi population is about 47% whilst the Pashtuns are 46% of the province's population. The rest are mainly Hazaras , Sindhis and Punjabi. Balochi speaking people are concentrated in the sparsely populated north-west, west, east and south; Brohui speaking in the centre of the province, while the Pashtuns are the majority in the north.The Vaghiri in north Kalat and Mastung area speak a variant of Sindhi. Similarly the Lassi of Lasbela speak another variant of Sindhi/Seraiki named after their tribe. Quetta, the capital of the province, is largely populated with Pashtuns , with Hazara and Punjabi minorities. A large number of Balochs moved in Quetta after it became the capital of Balochistan in 1970. Near the Kalat region and other parts of the province there are significant numbers of Baloch Brahui speakers. Along the coast various Makrani Balochi speaking predominate. In addition, Afghan refugees can be found in the province including Pashtuns and Tajiks. Khuzdar now has a large number of Hazaras. Many Sindhi farmers have also moved to the more arable lands in the east. There are also a growing number of other ethnic groups consisting of Kurdish, Panjabi, Mohajir and Iranians who have made Balochistan their home in recent decades.

One of the world's largest copper deposits (and its matrix-associated residual gold) have been found at Reko Diq in the Chagai District of Balochistan. Reko Diq is a giant mining project in Chaghi. The main license (EL5) is held jointly by the Government of Balochistan (25%), Antofagasta Minerals (37.5%) and Barrick Gold (37.5%). The deposits at Reko Diq are hoped to be even bigger than those of Sarcheshmeh in Iran and Escondida in Chile (presently, the second and the third largest proven deposits of copper in the world).

BHP Billiton, the world's largest copper mining company, began the project in cooperation with the Australian firm Tethyan, entering into a joint venture with the Balochistan government. The potential annual copper production has been estimated to be 900,000 to 2.2 million tons.. The deposits seem to be largely of porphyry rock nature

Balochistan culture is primarily tribal, deeply patriarchal and conservative. Baloch society is dominated by tribal chieftains called "Sardars", who are the ruling elite of Balochistan and have been criticized for blocking the educational development and empowerment of the Baloch people[weasel words], lest the their status quo be challenged.

'Honour killings' are common place but completely discouraged by majorities. In one recent incident in August 2008, the Asian Human Rights Commission reported that five women (including three teenagers) in a remote village had been beaten, shot and buried alive in a ditch for the crime of seeking to choose their own husbands. One of the tribesmen involved was the younger brother of a provincial minister from the ruling Pakistan People's Party, and local police therefore refused to take any action.

After human rights activists brought the case to national and international attention, Israr Ullah Zehri, who represents Balochistan in the Pakistani Parliament, defended the killings and asked his fellow legislators not to make a fuss about the incident. He told Parliament, "These are centuries-old traditions, and I will continue to defend them. Only those who indulge in immoral acts should be afraid." But many Baloch literate are against the horrific crimes which took place in Balochistan. According to majority of Baloch, the person or tribe head should be brought to the court and must be punished. Many Baloch or Balochis have denied the fact that Karo Kari is part of Balochi culture. They claim it was a nomad cultural thing which has been stopped for many years, but because of the poor administration of Pakistani government and to demilitarize the Baloch awareness such act are taken place. 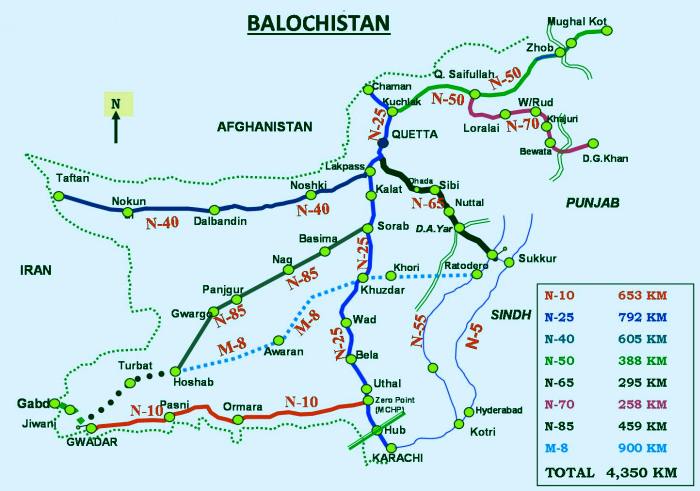