Note : As a foreigner you will require a special permit to visit Bannu, currently there are no tours to Bannu available with us

The town of Banū or Bannu is the main city of the Bannu District in southern Khyber Pakhtunkhwa, Pakistan. Bannu was Founded in the Brithish Raj by Sir Herbert Benjamin Edwardes in 1848, It served as British military base used for action against the Pashtun border tribes of the Tochi Valley and Waziristan. Bannu’s population primarily are Banuchi tribe, and speak a dialect of Pashto that is similar to the distinct Wazir dialect. 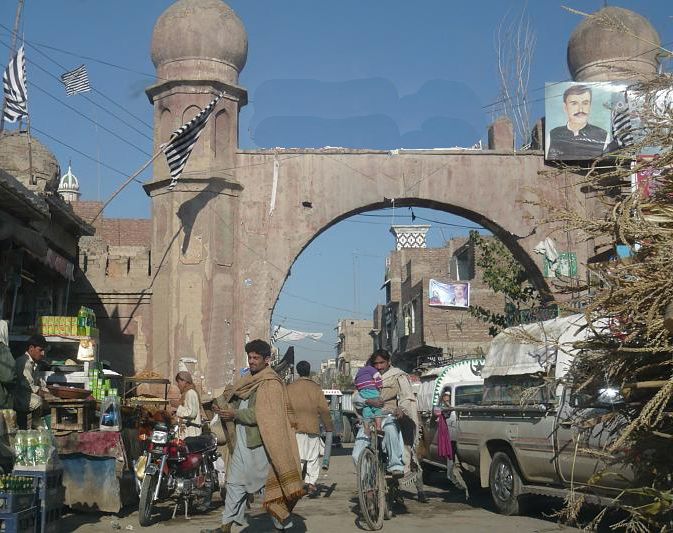 Bannu was founded in 1848 by Herbert Benjamin Edwardes, a Lieutenant in the 1st Bengal European Fusiliers Regiment of the East India Company's private army. He ordered the construction of the fort – named Dhulipgarh (Dalipgarh) in honour of the Maharajah of Lahore – at the same time.

At the time of its founding the town was named Dhulipnagar (Dalipnagar). Its name was later changed to Edwardesabad in 1869. In 1903, it received its current name, Bannu.

Bannu During The British Raj

Bannu formed the base of operations for all punitive expeditions undertaken by troops of the British empire to the Tochi Valley and the Waziristan frontier. A military road led from the town of Bannu toward Dera Ismail Khan.[2] This road was built by military engineers under the supervision of a Bannu engineer, Ram N. Mullick. Mullick, graduated from Banaras Engineering College[6] had served in Iraq and Lahore before the independence of Pakistan in 1947 as an expert in heavy earth-moving equipment.

[The population in 1901 was] 14,291, including cantonment and civil lines (4,349). It was founded in 1848 by Lieutenant (afterwards Sir Herbert) Edwardes, who selected the site for political reasons. The fort, erected at the same time, bore the name of Dhulipgarh (Dalipgarh), in honour of the Maharaja of Lahore; and the bazar was also known as Dhulipnagar (Dalipnagar). A town gradually grew up around the bazar, and many Hindko speaking Hindu traders moved there from Bazar Ahmad Khan, which had formed the commercial center of the Bannu valley prior to annexation. The Church Missionary Society supports a small church and a high school founded in 1865. The cantonment centers in the fort of Dhulipgarh. Its garrison consists of a mountain battery, a regiment of native cavalry, and two regiments of infantry. The municipality was constituted in 1867.

The municipal receipts and expenditure during the ten years ending 1903–1904 averaged Rs. 46,000. In 1903–1904 the income was Rs. 47,000 chiefly derived from octroi; and the expenditure was Rs. 55,000. The receipts and expenditure of cantonment funds during the ten years ending 1902–3 averaged Rs. 4,200 and Rs. 3,700. The profuse irrigation and insufficient drainage of the surrounding fields render Bannu an unhealthy station. The town has a considerable trade, including fish guts and butts. Also, embracing the whole traffic in local produce of the Bannu valley.

The nearest railway station is at Kohat on the Khushalgarh-Thal branch of the North-Western Railway, 79 miles distant by road. A weekly fair collects an average number of 8,000 buyers and sellers. The chief articles of trade are cloth, live-stock, wool, cotton, tobacco and grain. Bannu possesses a dispensary and two high schools, a public library and a town hall known as the Nicholson Memorial. 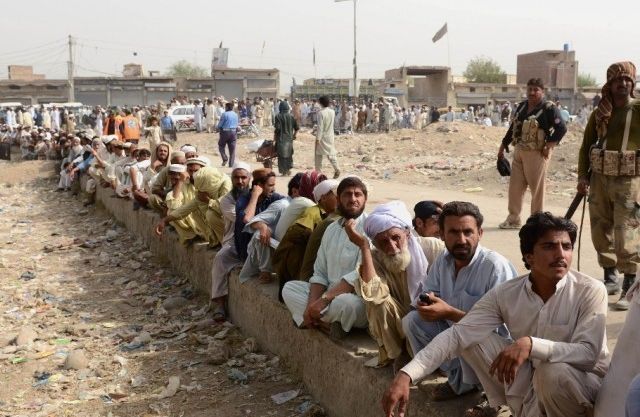