The Pakistani Gujrat is the 17th most populated city in Pakistan, It is the capital of Gujrat District of Punjab province. Gujrat Teshil is divided into two circles, City Circle (Head office Gujrat City) and Sadar Circle (Head office Jalalpur Jattan. Gujrat is mainly an agriculture based economy with some small industries. Gujrat is also known as the city of King Porus of the past. 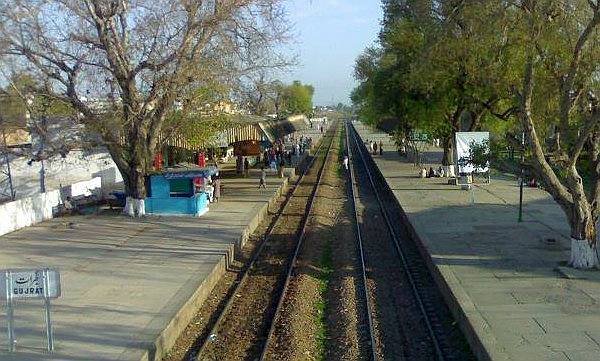 It is located between two famous rivers, Jhelum River and Chenab River. Because of its proximity to the rivers, the land is good for cultivation of rice and sugarcane as main crops. It is bounded to the northeast by Jammu and Kashmir, to the northwest by the Jhelum River, to the east and southeast by the Chenab River, separating it from the districts of Gujranwala and Sialkot; and to the west by Mandi Bahauddin District.

Gujrat was founded by Raja Bachhan Pal Gurjar in 460 BC, according to General Cunningham, the British historian. Historical consensus is that it existed in the time of Alexander the Great, and that the Mong's Raja Porus put up a fierce challenge to Alexander's invasion at the bank of the Jehlum River. The establishment of Gujrat City was realised early in the 19th century after the British Empire and in support of regional landlords (e.g., Daswandi Khan of Daswandi Pura).

In 997 CE, Sultan Mahmud Ghaznavi, took over the Ghaznavid dynasty empire established by his father, Sultan Sebuktegin, In 1005 he conquered the Shahis in Kabul in 1005, and followed it by the conquests of Punjab region. The Delhi Sultanate and later Mughal Empire ruled the region. The Punjab region became predominantly Muslim due to missionary Sufi saints whose dargahs dot the landscape of Punjab region.

Gujrat became a part of the Muslim Sultanate of Delhi when the Persian noble Sultan Shahab-ud-Din Muhammad Ghauri conquered Punjab in 1185. Gujrat slowly developed as medieval town and many Muslim Sufi missionaries converted the local Gurjar population to Islam. During the Mughal period, Mughal royalty frequently travelled through the district en route to Kashmir. When King Jahangir died while he was returning from Kashmir, the news of his death was suppressed to avoid any chaos in the empire. His abdominal organs were taken out and buried in Gujrat. To this day, an annual festival is held commemorating this event, commonly known as the "Festival of Jahangir".

Shah Daula is a Sufi saint of the city and he met Sikh's sixth Guru Har Gobind (1595–1644) when he was passing though Gujrat. After the decline of the Mughal Empire, the Sikh invaded and occupied Gujrat. The Muslims faced severe restrictions during the Sikh rule. Between 1765 and 1846 Gujrat was occupied by the Sikhs.

After the independence of Pakistan in 1947, the minority Hindus and Sikhs migrated to India while the Muslim refugees from India settled in the Gujrat district. Muslims refugees from East Punjab, Haryana, Jammu started arriving and crossed the border into Pakistan; many were given land in Gujrat District to settle.

Gujrat has a moderately warm climate in summer and chilly in winters. During the peak of summer, the daytime temperature shoots up to 45 °C (113 °F). During the winter, the minimum temperature may fall below 2 °C (36 °F). The average rainfall at Gujrat is 67 centimetres (26 in).

Sohni Mahiwal is a famous folk tale of the Punjab region. The heroine of the story, named "Sohni" (a Punjabi word meaning "beautiful"), came from the Gujrat region. She used to meet her lover, Mahinwal, by crossing the Chenab river, sitting on a pitcher. The tale is still told to this day and is an essential part of Punjabi culture. 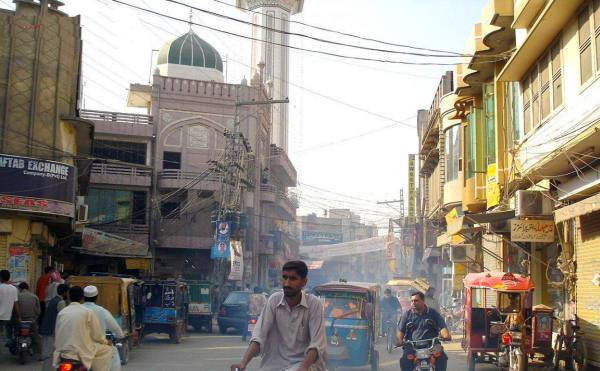 The anniversary of Kanwan-Wali Sarkar near Karuan Wala Gujrat is celebrated with a fair in August every year. He is known as one of the greatest saints that ever lived. A famous miracle was when water in a well turned to milk for a time. The well is still there. Some locals attach significance to the fact that it often rains heavily around the time of the fair (monsoon). "Wengi Wali Sarkar" anniversary in 5 January every year at village Haji Wala near Karianwala Tehsil and District Gujrat.[clarification needed] The shrine of Hazrat Shahdola (a famous saint in Punjab) is in Gujrat near Shahdola Choki. the anniversary of Hazrat Shahdola Searcher is celebrated in June every year.

Gujrat has limited hotels and only a few can be booked online. The best way to visit Gujrat is to take and excursion to Gujrat from Lahore or Islamabad v Fore reservations and other options please contact us

We have following transfer services available from Gujrat and to Gujrat