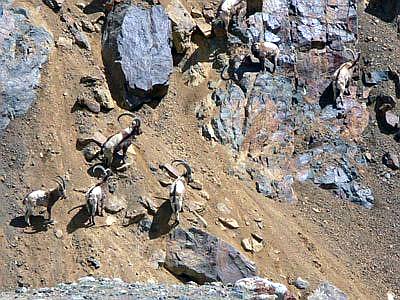 Khunjerab National Park is a high altitude National park in the region of Gilgit Baltistan of Pakistan. It is considered one of the few highest altitude parks in the world. It is home many endangered and threatened animal species like the Snow leopard, Marco Polo sheep, and Himalayan Ibex.

It is located just a few kilometers from the border town of Sost in Pakistan and comes under no mans land between China & Pakistan. THe park is named after the Khunjerab pass which is the highest mottled road border post in the world situated  at 16000 feet above sea level

The Khunjerab National park lies within the Karakoram-West Tibetan Plateau alpine steppe ecoregion and is one of the most important alpine biodiversity regions within Pakistan. The WWF of Pakistan has a management plan to protect the alpine flora in Khunjerab National Park will on focus on community-based conservation with a strong element of environmental awareness raising. The aim is to control grazing, and increase the population of Snow leopards, Marco Polo and Blue Sheep 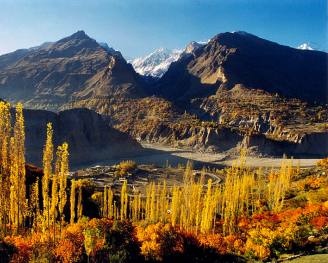 It is also one of the most important alpine biodiversity regions within Pakistan. Implementation of the management plan to protect the alpine flora in Khunjerab National Park will on focus on community-based conservation with a strong element of environmental awareness raising. The aim is to control grazing, and increase the population of the Snow leopards, Marco Polo sheep, and Blue sheep. To ensure sustainable management, training and building the capacity of government staff is also an important part of the strategy.

The park is adjacent to Taxkorgan Natural Reserve (1,400,000ha) in China. This park was created on 29 April 1975 by the late Zulfikar Ali Bhutto on the recommendation of Wildlife biologist Dr. George Schaller. Over half of the park is above 4,000m. Khunjerab Pass, the gateway to China via the Karakoram Highway, is at 4,934m.

The primary purpose of setting up of this park was to provide protection to the endangered Marco polo sheep, which is only found in this area in Pakistan. According to the locals population Marco polo sheep before 1978 was around 400 but had dropped to below 180 by 1988 when Karakoram Highway was built. A herd of almost 75 Marco Polo sheep was recorded in the spring of 1984 and park staff saw at least 50 crossing the Pass in May 1989. The park is also famous for its Snow Leopards. Some reports say that it might contain the highest density of these beautiful cats in the total Himalayan ecosystem which is the natural habitat of these cats. Over 2,000 Siberian ibex, widely distributed and abundant in the park but absent from neighboring China are also present here. 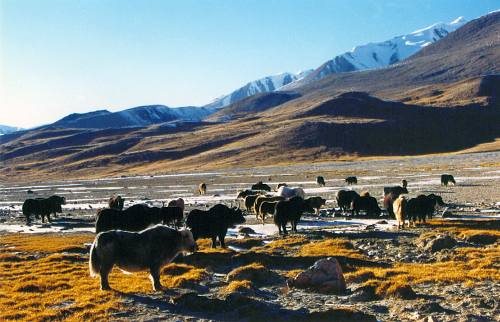