Note : As a foreigner you will require a special permit to visit Bannu, currently there are no tours to Bannu available with us

Kohat is a city in the Khyber Pakhtunkhwa province of Pakistan which serves as the capital of the Kohat District. The city is regarded as a centre of the Bangash tribe of Pashtuns, who have lived in the region since the late 15th century. Kohat’s immediate environs were the site of frequent armed skirmishes between British colonialist forces and local tribesmen in the mid to late 19th century. Modern Kohat is now a medium-sized city with a population of approximately 270,000 people, and centres on a British-era fort, various bazaars, and a military cantonment. 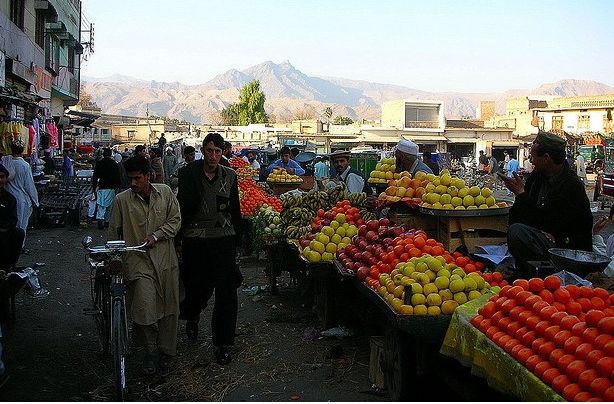 A miniature painting depicting the 1505 visit of the Mughal Emperor Babur to Kohat.
Little is known of Kohat’s early history. According to local lore, Kohat was founded by an ancient Buddhist king by the name of Raja Kohat.

The region had been primarily populated by Orakzai Pashtuns, who were then displaced from the west by the Bangash in the 14th-15th centuries, and Khattaks from the south. The Kohat region was likely firmly dominated by Bangash tribesmen by the early late 15th century following a decisive battle at nearby Alizai, after which Bangash tribes settled in the fertile valleys and assimilated remaining indigenous inhabitants into the larger Bangash tribe, while Orakzai tribes were confined to the nearby hills.

The first historical record of the city comes from the Baburnama autobiography of Mughal emperor Babur. After capturing Peshawar, Babur was reportedly told of vast riches in Kohat. He invaded and plundered Kohat in 1505, only to discover the tales of its wealth were exaggerated. After capturing Kohat, Babur's army marched towards Bangash country, where he defeated a band of tribesmen. 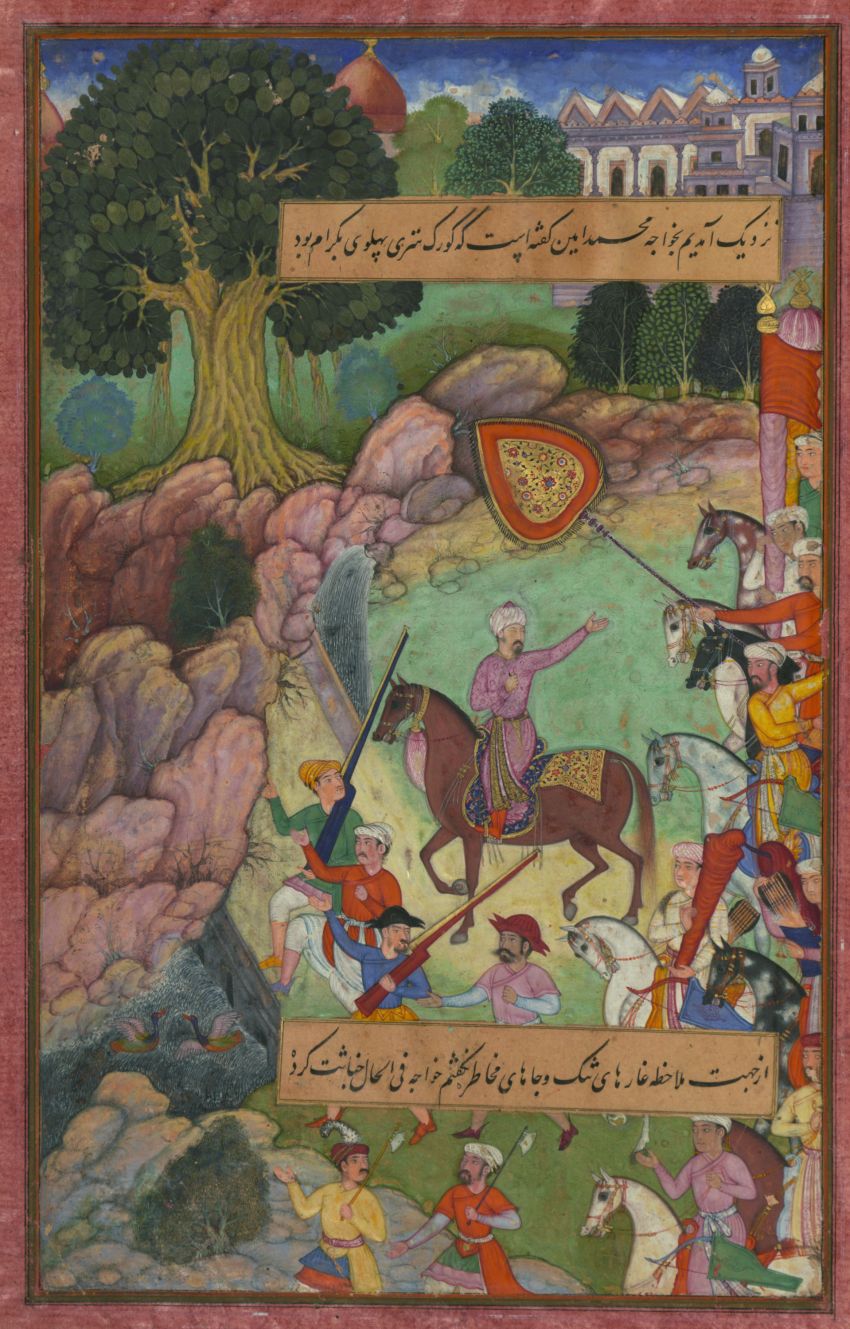 During the Persian Empire's invasion of the Mughal Empire in the 1730s and 1740s, Kohat escaped destruction as Emperor Nader Shah's forces followed invasion routes north in the Peshawar Valley. Following the departure of Persian forces, Kohat was absorbed into the Durrani Empire by 1747.

Following the fall of Shah Shuja Durrani in 1810, Kohat was brought under control of the Durrani kingdom based in Peshawar and Kabul, which leased lordship of the city to various chiefs. The first chief of Kohat was Mirza Girani, who was followed in succession until 1818 by Shakur Khan, and Sultan Muhammad. In 1818, Kohat came under the control of Samad Khan following the collapse of Durrani suzerainty, though the city then came under the influence of Pir Muhammad in 1827. 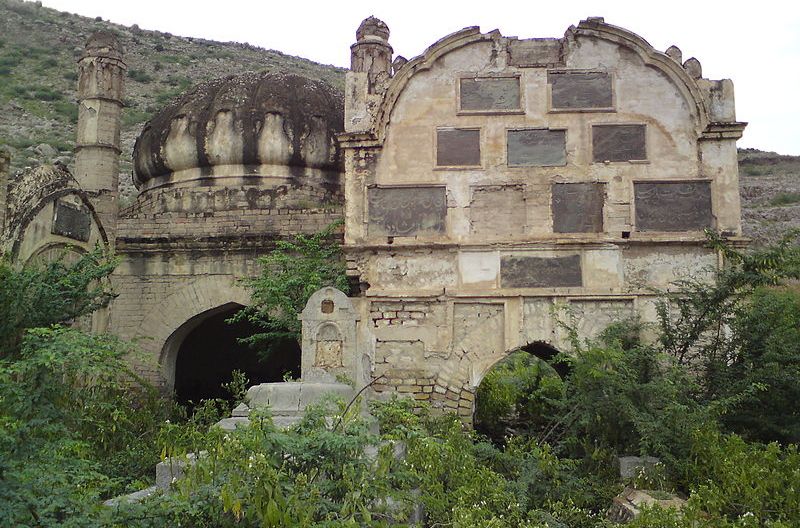 Ranjit Singh's armies marched upon Kohat in 1819. Kohat was captured by Sikh governor Avtar Singh Sandhanwalia in 1834, and became part of Ranjit Singh's Sikh Empire, though Pir Muhammad was allowed to continue administering the region around Kohat. The Sikhs in 1836 abandoned Kohat, while a Sikh garrison at nearby Teri was massacred by Khattak tribesmen lead by Rasul Khan.

Kohat reverted to Pashtun rule following the Sikh withdrawal in 1836. In 1848 during the Second Anglo-Sikh War, Colonel George Lawrence, the British Resident at Lahore, sought refuge in Kohat, but as instead taken prisoner and handed to Sikh forces in Peshawar under Chattar Singh before being released.

Following British victory over the Sikhs in 1848, Kohat came under British rule and was annexed in March 1849. Lieutenant Pollack was appointed as Kohat's first Assistant Commissioner. British authorities in Peshawar commenced construction of the Kohat Pass road in 1849, and completed it by 1850 despite violent opposition from local tribes. The pass was closed temporarily in 1853 after a quarrel arose among nearby tribes. The road which connected Kohat to Rawalpindi via Khushalgarh was of little trouble compared to the Kohat Pass road.

Kohat remained largely peaceful during the Sepoy Mutiny of 1857, and local Pashtun soldiers largely ignored calls for rebellion. The British established a Hill Station at Cherat, just north of Kohat, in the 1860s. Kohat Pass road was closed on an off for several more years on account of quarrels among local tribes, including in 1865 when it was closed for more than one and a half years. Armed skirmishes between British forces and Pashtun tribesmen continued on and off between the 1860s and 1870s. Kohat Cantonment was established by the British in 1874. Routes between Kohat and Bannu and Thall were frequently blockaded by Wazir tribesmen by 1880 that resulted in large clashes between the British and Wazirs.

In 1924, Kohat was the scene of widespread communal rioting that resulted in a 21-day fast by Mohandas Gandhi as a plea for unity. During the 1947 Kashmir War, Pashtun tribesmen from around the region convened in Kohat before departing for Kashmir in hopes of capturing the territory for Pakistan.

Tanda Wildlife Park is located near Kohat city. The total area of the park is 2800 acres, consisting of Tanda reservoir and its catchments in Kohat. This is the largest wildlife park of Khyber Pakhtunkhwa . Its wonderfully rich and varied landscape supports a range of mammals and birds, both migratory and indigenous, as well as a few reptiles.

The park is bounded by three different villages, Bar, Kaghazi, and Tanda Banda. The park is approachable by Hangu-kaghazi metallic road, shahpur-Bar road which is 18 km from Kohat.

The local people do not have any right of grazing, lopping or firewood collection as the ownership lies with the provincial government. The park area falls in the natural habitat of urial and chinkara, and also provides suitable habitat to hog deer. The urial is associated with scrub forest of Olea species and Accassia species. Urial were once abundant in the area but due to continuous habitat destruction these were disappeared from the area in the near past. The natural habitat of urial and chinkara lies in close proximity of human habitation.

Kotal Pheasantry is established in Kotal wildlife park in district Kohat over an area of 1 kanal, with an objective to propagate and provide breeding environment to exotic/indigenous wildlife species like silver pheasant, golden pheasant, reeves pheasant, pea-cock etc. About 20-30 visitors including students and general public visit the pheasantry for education and recreation purposes per day. There are four species of pheasants in the pheasantry including ring necked pheasant, silver pheasant, peacock pheasant and white pheasant.

Road
Kohat is a major node on the N-55 Indus Highway that connects Peshawar to Karachi, and the N-80 highway that connects Kohat to Islamabad. The 1.9 kilometres (1.2 mi) Kohat Tunnel was completed in 2004, and connects the southern districts of Khyber Pakhtunkhwa to Peshawar. Constructed with Japanese assistance, the tunnel drastically reduced travel times across the Kohat Pass.