The Muslim warriors of Ghaznavl -.nd Ghorl dynasties were entered from Afghanistan to India with arms and armours, Inlaid In Gold and bedecked with jewels from culturally advanced areas, Muslims brought with them refinement in techniques in jewelry making and decoration of arms.The  subsequent Muslim ruleers of the subcontinent continued this art until the reign of Mughal ruler Shah Jehan (1628 to 1658 AC

Muillim used popular styles of frcoration on weapons like as geometrical and floral patterns, depicting familiar flowers like lilly,iris, lotus, and pink. Some floral patterns made at Lahore and Kashmir were adopted from the embodies work on Kashmir Shawls. The examples of Arabesque pattern were also used on weapons in Punjab and Deccan, due to aversion to idol worship, human figures were a rarity on Muslim arms. Though the figures of lion, tiger, elephant and deer were represented in the interstices of the persian scroll work or were used in depicting hunting scenes. Quranic verses, invocation and persian couplets inlaid in gold in beautiful styles of caligraphy frequently adorned the weapons of Muslim wariors.

Lahore  museum mainly showcases the decoration on different weapons specially Damascene work like as shields, daggers, swords, axes, kinives and chest guards. Damascene is derived from persian word "Koft Gari" Koft in persian means hammering while Koftgari is an art involving the pricess for inlaying gold and silver on steel and bronze surface. This art orignated in Damascus and was broght to India from Persia and Afghanistan. Main centers of this art were at Kotli Loharan in Sialkot, Gujrat,Lahore Multan and Alwar and Jodpur in India. 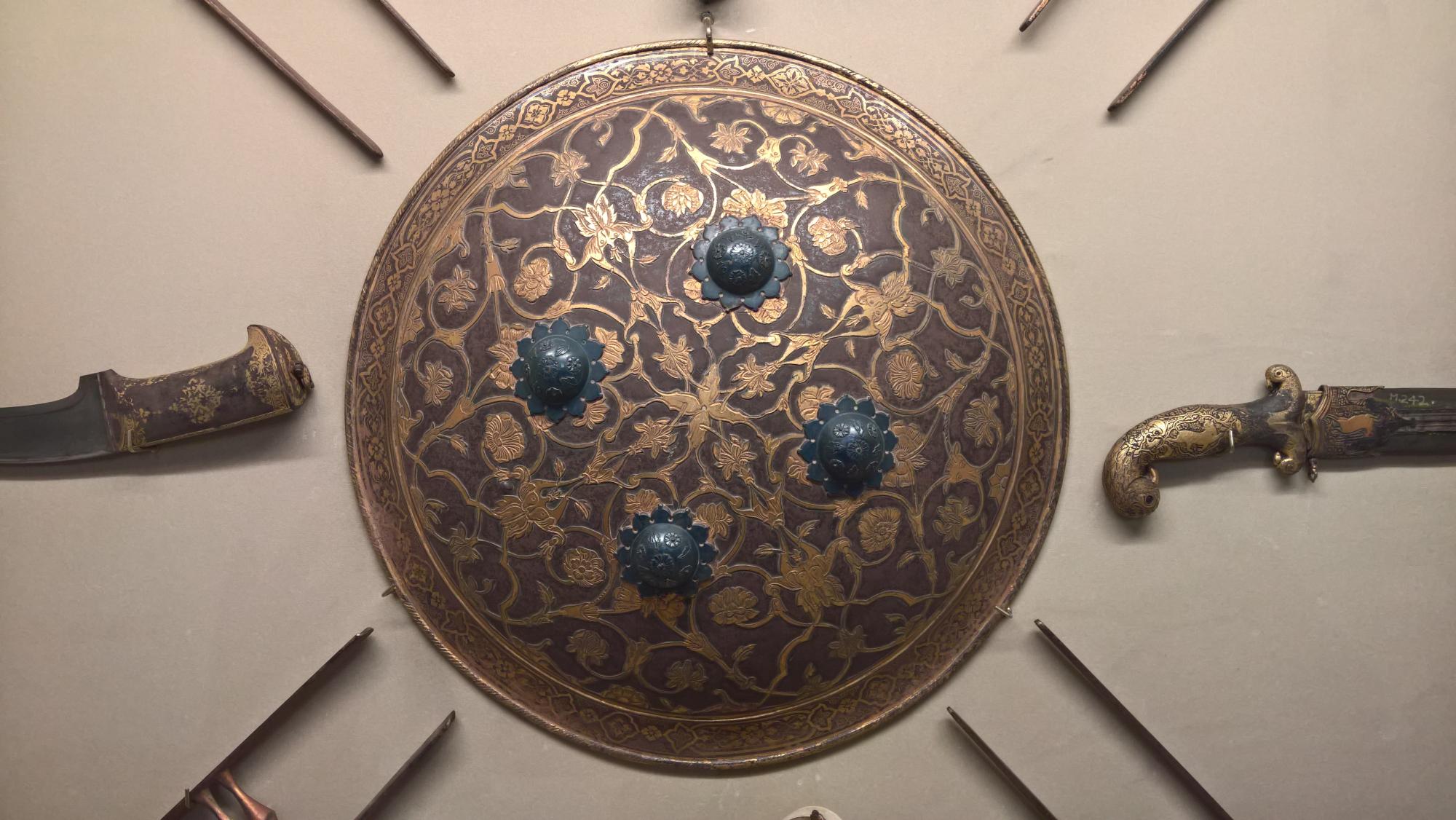