The vestibule leads to a long gallery, divided into sections under a common ceiling adorned by a mural about 96' x 24' comprising 44 panels pieced together. This mural, the work of Late Sadequain, depicts man's search for knowledge and ultimate triumph. Also notable is the Multan tile work in shades of blue above the arched doorway at the far end of the gallery. The “Bismillah” above the doorway is a beautiful example of Khat-e-ma'akus calligraphed by Iqbal Ibn-e-Perveen Raqm, son of Abdul Majeed Perveen Raqm. Both these works have been done recently to replace the worn out fresco painting which originally covered the entire southern face of this gallery. 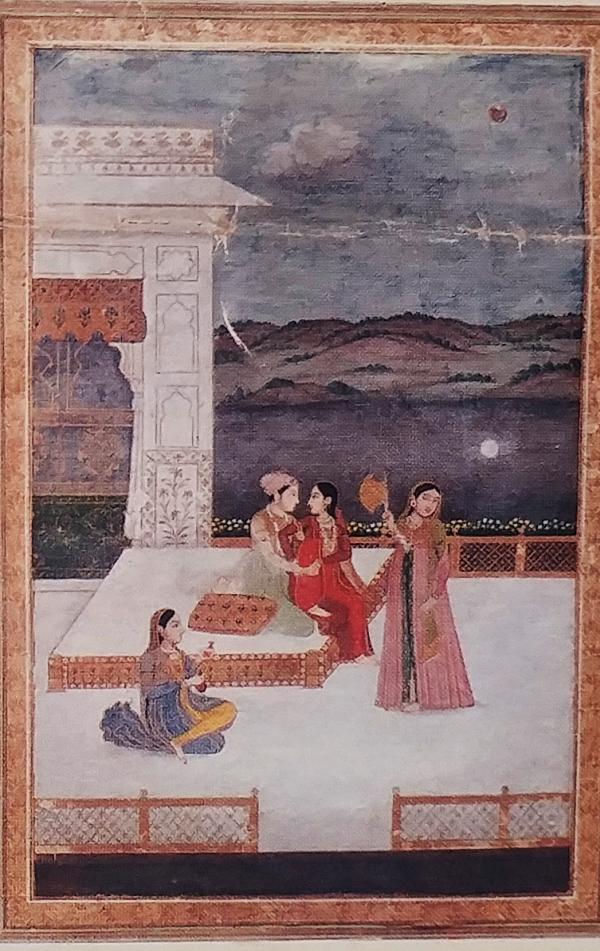 The first section of the gallery presents 16th century carved wooden doors from the Walled City of Lahore, a casement from Bhera (19th century), painted door panels of the Sikh period from Shalimar Gardens and specimens of lattice (Pinira) works. A rare example shows a door leaf with figurative and floral motifs inlaid with ivory. 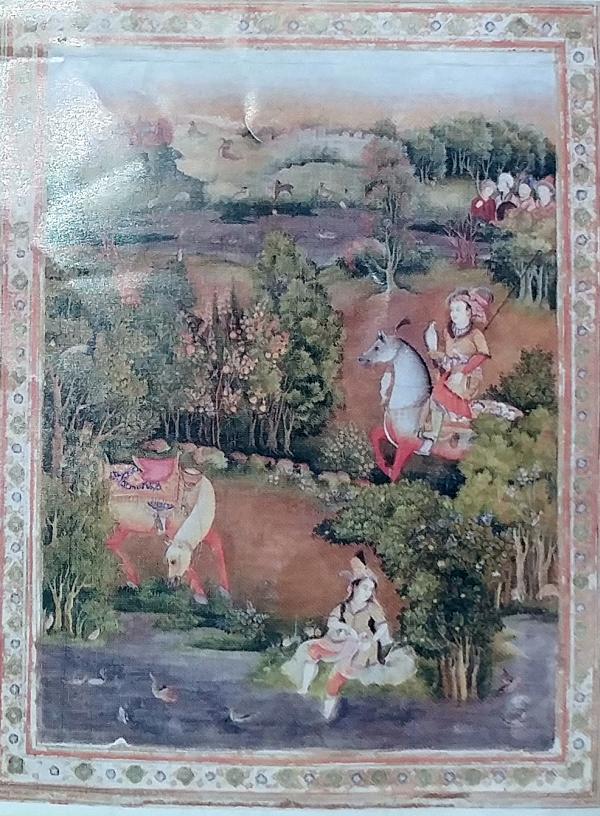 The second section is devoted to Miniature Painting. From the Museum's rich and varied collection, this gallery displays representative examples to illustrate the development of miniature painting in the Subcontinent. Starting (left) from Kalpa Suira pages (Jain religious text from Guirat, India -(15th century) the display proceeds to folios from the mediaeval romance of Laurek Chanda painted in Malwa (Central India) in early 16th century. The advent of Persian influence is depicted by examples of Safavid paintings (including a sketch attributed to Raza-i-Abbasi, the court artist of Shah Abbas of Persia) which are followed by the more realistic and refined Mughal miniatures and their later variants in the Popular and Provincial styles. The parallel development in the Deccan of a style under Persian influence is also Across the Gallery are displayed xamples of art of Punjab Hills States which also developed from local folk art under the influence of Mughal style in the 17th and 18th centuries.

The display includes examples of Basoli, Chamba, Bilaspur, Mandi, Guler and Kangra styles with folios from the series of Gita Govinda illustrated at Basoli in 1730 by the famous Chitrkar (artist) Manku, whose name appears on the colophon. At the end are examples of Sikh portraiture (19th century). Few miniature paintings are also displayed in the General Gallery.

The floor space near the gallery's end is occupied by an Ionic pillar from a Parthian Temple at Taxila and a headless stone Buddha from Gandhara. 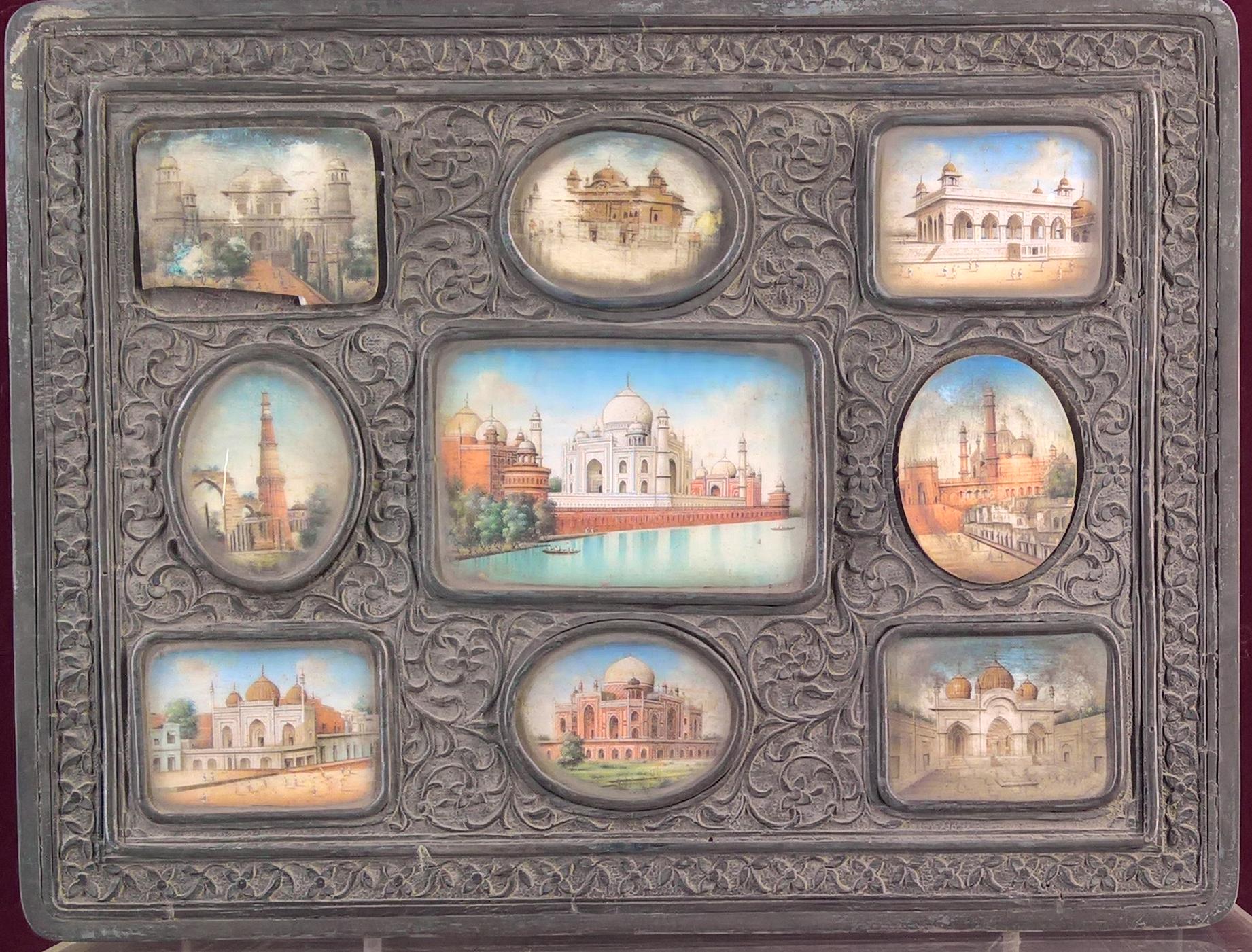 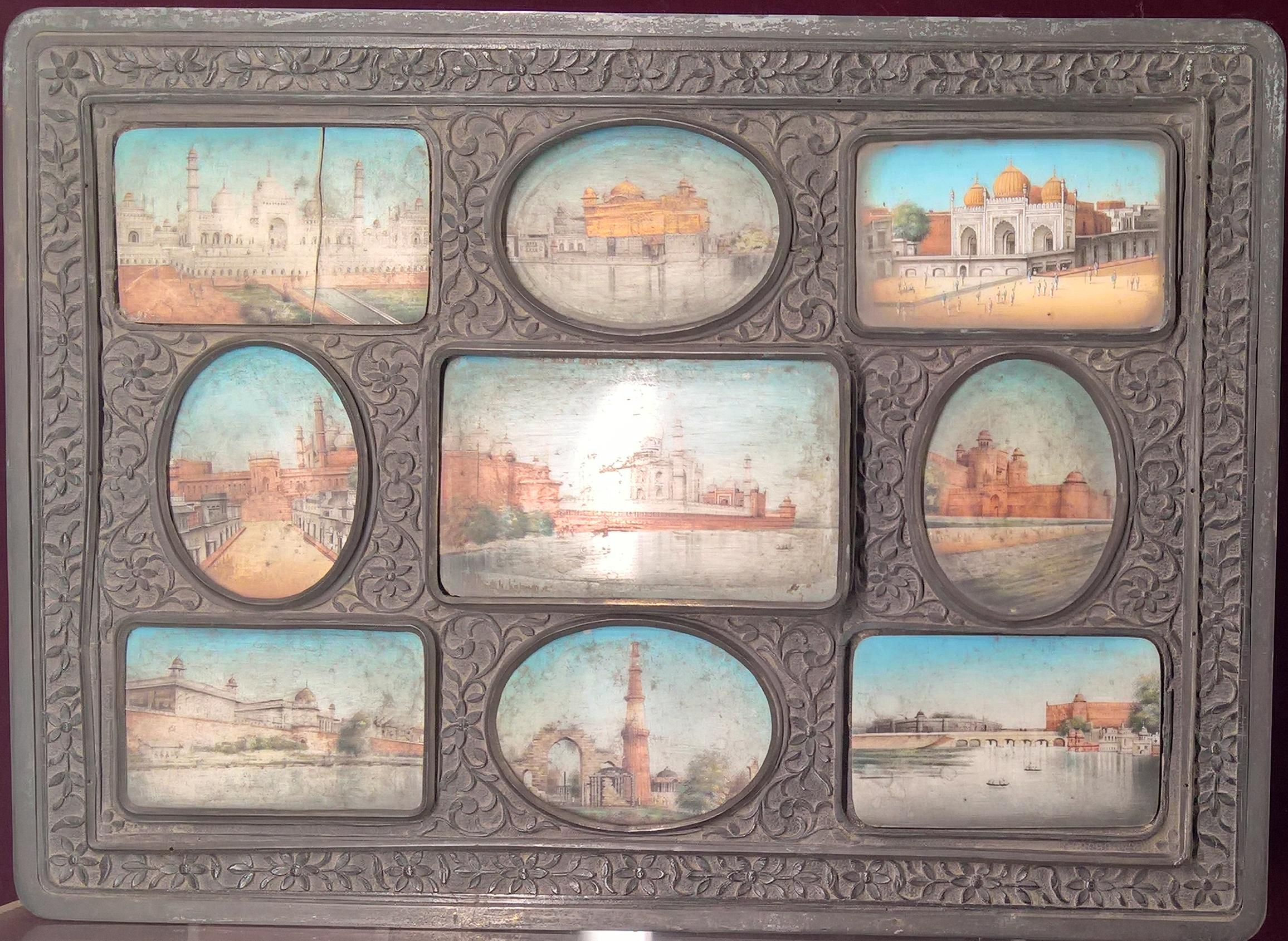