In the Mughal days, the Old City was surrounded by a 9 meter high brick wall and had a rampart running around it which served as a protection for the city. A circular road around the rampart gave access to the city through thirteen gates. Some of the imposing structures of these gates are still preserved.

1. The Raushnai Gate, or the "Gate of Light" is between the royal mosque and the citadels. 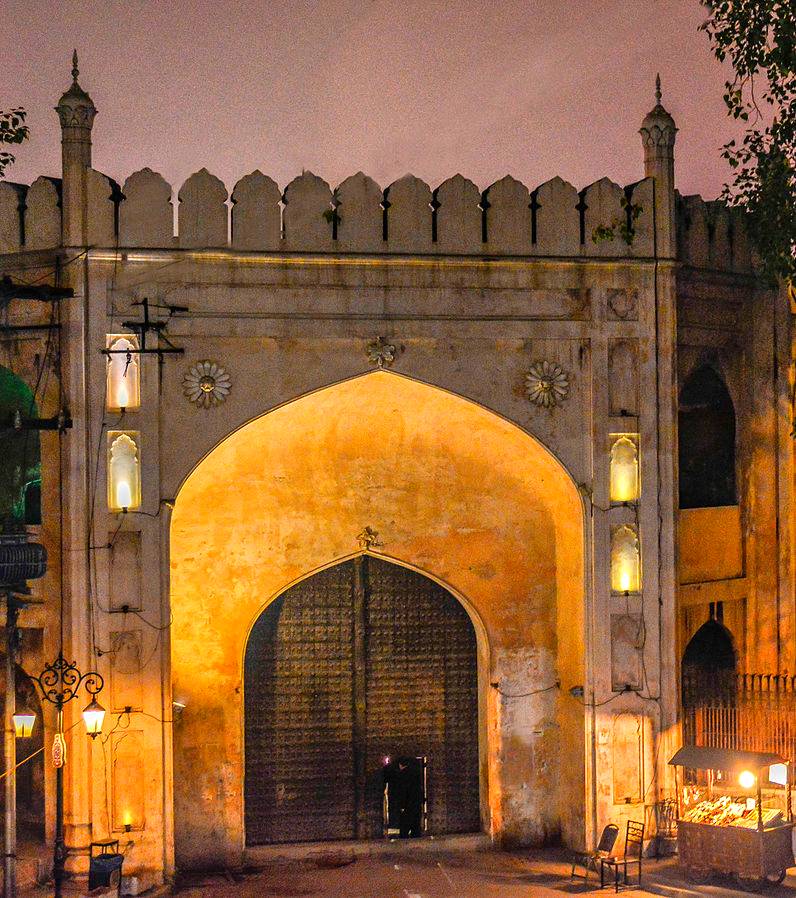 2. The Kashmiri Gate is so called because it faces the direction of Kashmir. 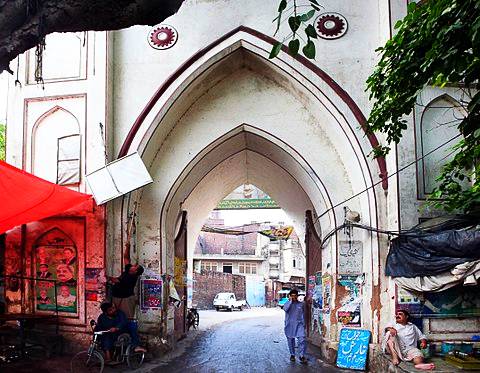 3. The Masti Gate is not the actual name but is rather twisted and pronounced instead of "Masjidi," which means a mosque. 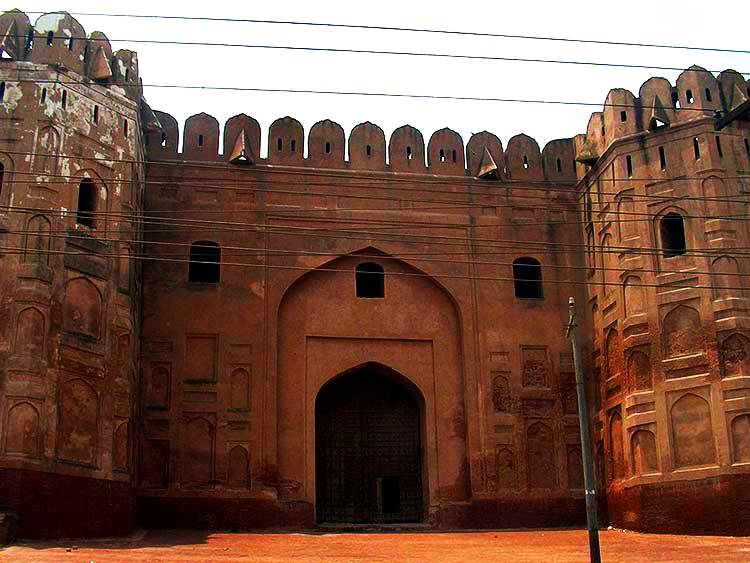 4. The Khizri or the Sheranwala Gate. As already noted, the river in former times flowed by the city walls, and the ferry was near this spot. The gate was, therefore, named Khizri, after the name of Khizr Elias, the patron saint, according to the Mahomedan belief, of running waters and streams, and the discoverer of the water of immortality. 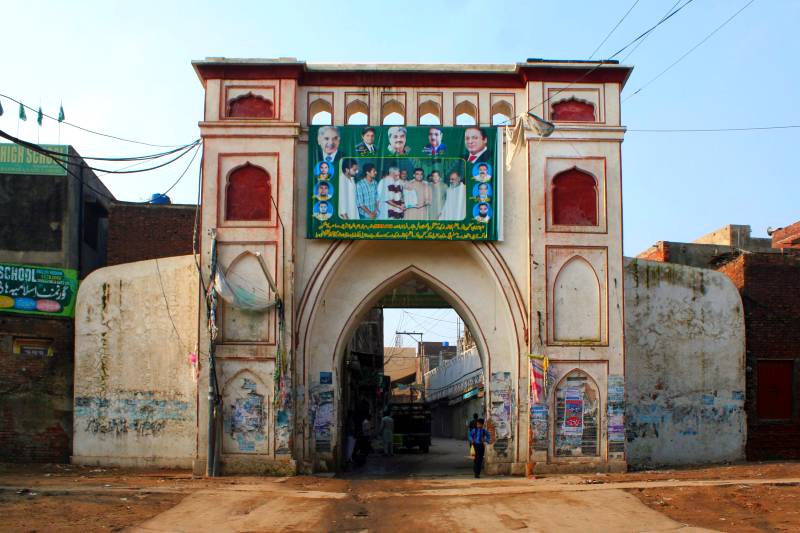 5. The Yakki Gate. The original name was "Zaki," which was derived from the name of a martyr saint, who, according to tradition, fell fighting against the Moghal infidels from the north, while gallantly defending his city

6. The Dehli Gate is so called because of its opening on to the highway from Lahore to Delhi. 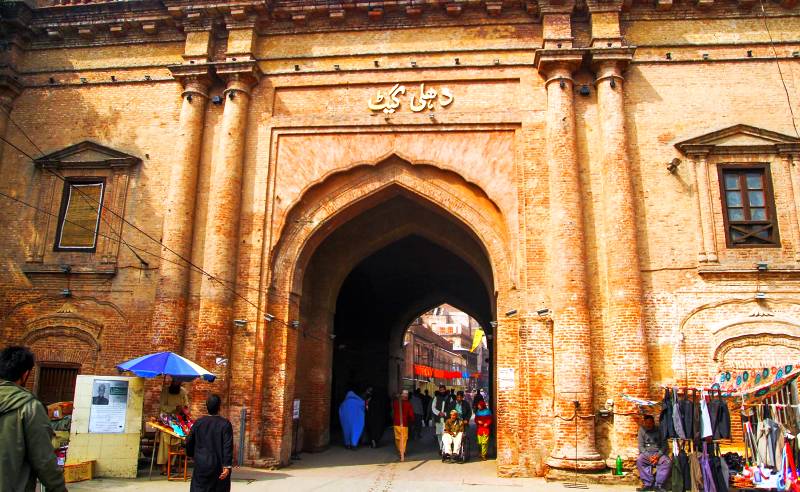 7. The Akbari Gate was named after Mahomed Jala-ud-din Akbar, who rebuilt the town and citadel.

8. The Mochi Gate is the name wrongly pronounced. It was name was actually Moti meaning a pearl. It was called so after the name of Moti Ram, an officer of Akbar, who resided here at that time.

9. The Shah 'Almi Gate was named after Mohomed Mo'azzam Shah 'Alam Bahadur Shah (the son and successor of Aurangzeb). He was a mild and generous Emperor, who died in Lahore on the 28th February 1712.

10. The Lahori Gate also known as the Lohari gate has been named after the city of Lahore.

11. The Mori Gate is the smallest of the gateways and as its name implies, was in old times used as an outlet for the refuse and sweepings of the city.

12. The Bhatti Gate was named after the Bhatis, an ancient Rajput tribe who inhabited these quarters in old times.

13. The Taxali Gate was named after the Taxal or royal mint, that used to be in its neighborhood during the period of the Mahomedan Emperors.