The Peshawar Museum is one of the most popular museums in south east Asia specially for its Buddhist sculptures from Gandhara Period (2nd centure BCE to 6th centure ACE)  Peshawar museum was founded in 1907. The museum building is made of red bricks which consists of spacious hall, for side galleries two on the ground and two on upper story. The main hall and three galleries are reserved for exhibition of Ghundjara Sculptures, terracotta figurines, lithic inscriptions, toilet, trays, household objects etc. we can see the colossal standing Buddha and a large number of Buddha heads in various sizes both in stone and stucco are on display here.

The present main hall was built in 1906-07 in the memory of Queen Victoria at the cost of Rs. 60000, out of which Rs. 45000 were donated by the public of Khyber Pakhtoonkhwa and Rs.15000 by the Director General of Archaeology, India.

After completion of the building, the museum was set up in November 1907 to house the Gandharan Sculptures excavated from the major Gandharan sites of Shah-Ji-Ki-Dheri Peshawar, Sahri Bahlol, Takht-i-Bahi in the Mardan District and later from Jamal Garhi and other Gandharan sites excavated by British scholars. The two storey building, an amalgamation of the British and Mughal architectures, originally consisted of a main hall and two side aisles on the ground and first floor, surmounted by four elegant cupolas and small pinnacles on all the corners. On Ihe eastern and western side of the building, two halls were added in similar fashion in 1969-70 (one on each side). In 1974-75, The second storey was added to these side halls .

A new block under the project "Extension of Peshawar Museum ", was approved in the year 2002 at a cost of Rs. 33.11 million. 11 has two components, extension of the museum for constructing an Islamic Block with two galleries, a conservation laboratory, two halls for the reserve collection, offices of the Provincial Directorate and a Cafeteria and complete remodeling of the existing building by replacing the show cases, lighting, labeling, display 1I7 all the galleries of the existing main building, along with revall1pment of the floor and ceiling etc.

This new Islamic Block, located behind the main building, is due to be completed in 2005, while the work on the remodeling in the existing building of the museum will commence soon, which will bring our display and exhibition in line with the developed world 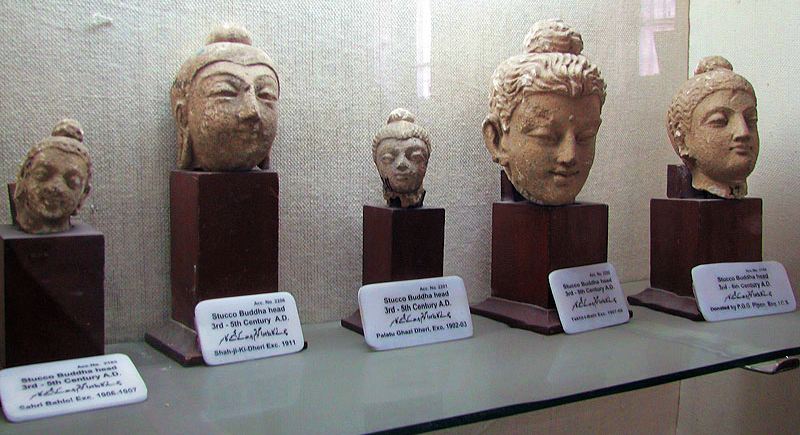 The other sections of museum covered the era of Muslims and Tribal. The prize possession of the museum is however, the Kanishka casket recovered from Shah-ji-Dheri on the outskirts of Peshawar during the archeological excavations conducted in 1908-9. The inscribed casket in Kharosti contained three fragments of bone of the Buddha, which were given by the British Government to the Buddhist Society of Burma, which re-shrined them at Madalay. This famous casket is on display in this museum.

There are some engraved gems, pottery, ivory shells and metal objects. Electrotypes of the early coins of the northwest frontier and lithic inscriptions in Kharoshti, sardar garhi. 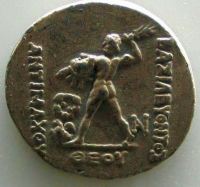 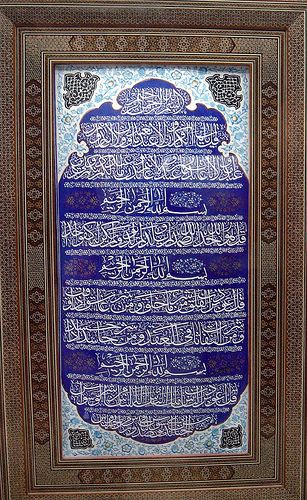 The coins collection of Peshawar Museum, 8625 items in all (stores and display excluding the newly excavated), includes Punch marked coins, and coins from the Indus Greeks, Scytho-Parthians, Kushans, White Huns, and Hindu Shahis.

Also included are Islamic coins of the Ghaznavids, Ghaurids, Slave Dynasties, Tughlaqs, Lodhis, Mughals, Durranis, Sikh and British periods. The coins are in Gold, Silver, Copper and Billon. These coins are found in round, square and rectangular shapes.