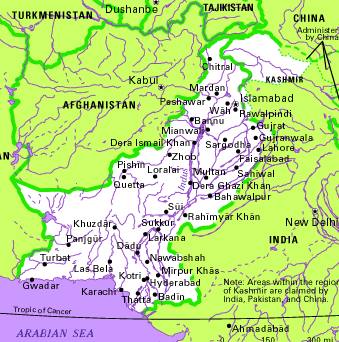 Pakistan tourism had suffered the hardest in 2011. There were some groups from Japan and other countries in the north eastern region of Gilgit Baltistan. An estimate is that about 5000 tourists have visited Pakistan in 2011.

2012 Looks a bit better as the security situation in Pakistan has improved. Comparing to 2010 there were less than half causalities in the country related to terrorist attacks and in 2012 the government has taken good measures to control the threats of security in the country. This has overall impacted positively on the tourism industry of Pakistan.

Governemnt had a major change in the tourism department last year. Now the tourism has become a mater of individual provinces. Till the writing of this report none of the tourism Authorities have announced any targets or expectations.

The only active Private firm “Travel & Culture Services” has set their own target for arrivals which is around 8000 foreign tourist during 2012 an about 10000 local domestic tourists.

Pakistan mainly is a warm country specially during the main peak tourist season. However it is a country that offer complete four seasons starting with blossom to the change of colors in Autumn

Pakistan is fairly a large country the major cities of the country are Karachi Lahore Islamabad Peshawar and Quetta while there are also other places that are located at different distances and are worth visiting. Following is the chart of Distances in Pakistan.

With tourism in general hotels have also been hit hard due to the security situation. No new hotels came during the year 2011. The existing star hotels have also remained static and the rates were somewhat unchanged since the beginning of 2011 till the end.

Pakistani hotels offer special rates to touroperators based on the volume they produce. Usually the rates remain unchanged except for any special event when the hotels are fully booked.