Pushto In a Shop

Pushto is an indo european language spoken in North Western Pakistan and in Afghanistan. It is also called Pakhto, Pukhto, Pashtu,or Pushtu) in Afghanistan it is also referred to as Afghani Language. People who speak Pushto are known as Pashtun people or in English (Pathan people).  It is a member of the Eastern Iranian languages group spoken in Afghanistan and Pakistan as well as by the Pashtun diaspora around the world.

Ethnologue lists Pashto as Southeastern Iranian but an article in Encyclopedia Iranica explains that it belongs to the North-Eastern Iranian branch of the Indo-Iranian language family. Pushto is also declared as one of the two national languages of Afghanistan

In Pakistan, Pashto is spoken by about 15.42%  (Rough figures) of Pakistan. It is the main language of the province of Khyber Pakhtunkhwa, Federally Administered Tribal Areas (FATA) and northwestern Balochistan while it is also spoken in Mianwali and Attock districts of the Punjab province. Pashtuns have migrated to many other cities like Karachi & Lahore where Pushto is also spoken and understood.

Other Pashtoons are found in northeastern Iran, primarily in South Khorasan Province to the east of Qaen, near the Afghan border, and in Tajikistan. There are also Pashtun communities in the southwestern part of Jammu and Kashmir as well as in Uttar Pradesh, India.

The word "Pashto" is said to be derived from Parsawā- meaning "Persian" which makes it a persian language however Pashtuns could alo be compared with the Pakhta tribes mentioned in the Rigveda (1700–1100 BC), apparently Greeks (Herodotus) also called them as "Pactyans" people, as living in the Achaemenid's Arachosia Satrapy as early as the 1st millennium BC however Herodotus did not mention the language Pactyans people spoke.

Strabo, who lived between 64 BC and 24 CE, explains that the tribes inhabiting the lands west of the Indus River were part of Ariana and to their east was India. Since the 3rd century CE and onward, they are mostly referred to by the name "Afghan" ("Abgan") and their language as "Afghani".

Scholars such as Abdul Hai Habibi and others believe that the earliest Pashto work dates back to Amir Kror Suri in the eighth century, and they use the writings found in Pata Khazana. However, this is disputed by several European experts due to lack of strong evidence. Pata Khazana is a Pashto manuscript claimed to be first compiled during the Hotaki dynasty (1709–1738) in Kandahar, Afghanistan. During the 17th century Pashto poetry was becoming very popular among the Pashtuns. Some of those who wrote Poetry in Pashto are Khushal Khan Khattak, Rahman Baba, Nazo Tokhi and Ahmad Shah Durrani, founder of the modern state of Afghanistan or the 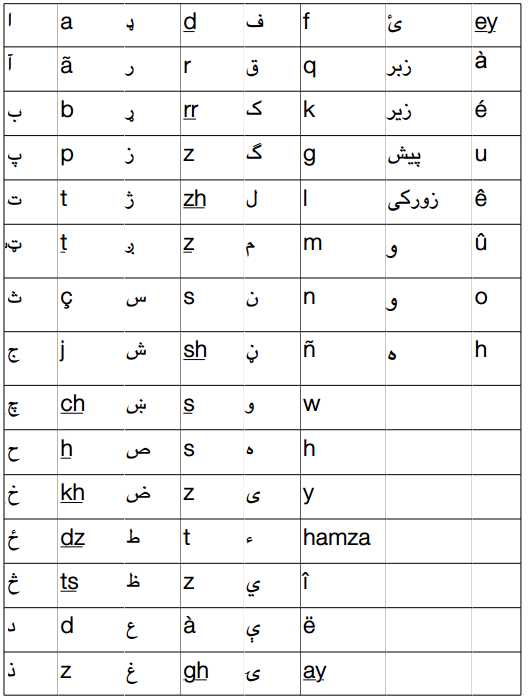 Text and research by Jamal Panhwar Copy of the text strictly prohibited.