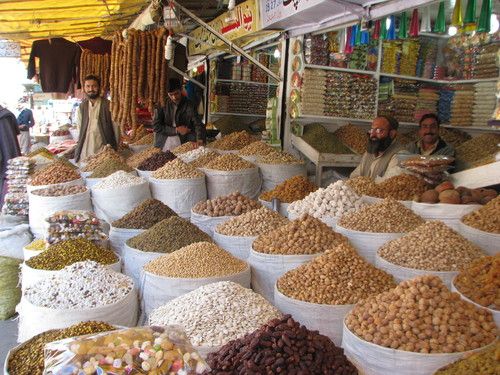 Quetta lies at the altitude of 1,675 meters. It is a small city of about 1 Million people. It is one of the few planned cities of Pakistan. The pleasantly tree-lined streets of Quetta are all rebuilt after the earthquake of 1935, The city offers little historical interest Except the Museum at Toghi Road which houses the artifacts from Mahargarh 9000 years old village culture of Pakistan, though the food and goods on sale in the bazaars give it a certain Central Asian feel and a reason to see it. Afghan refugees have brought with them fresh crafts like the distinctive Hazara rugs, to add to such traditional items as Balouch mirror work, wooden crafts from Sind & Punjab and many other merchandise from Iran & Afghanistan.

In the cantonment north of the city is Staff College , there is a small military museum in a bungalow once occupied by Field- Marshal Montgomery when he was an instructor at the Quetta Staff College, it is the academy which trains Pakistan's military elite . The same route out of town leads after 11 kilometers to a Hanna Lake, which is a scenic lake with beautiful picnic spots around it. If you continue 22 kilometers on the same road there are the orchards of Urak Tangi. An other great spot to have a relaxed picnic under the apples & pomegranates orchids.

Quetta Sukkur
400 KMs (9 Hours ) An excellent trip through the Bolan pass. On the way you can see many nomad camps and coal mines. The ruggedness of Sulemanki mountains is Just beyond description. after Bolan pass road is rather plain and there is not much to see until you reach Jacobabad where you can stop by some villages to see the local life.

Quetta - Zhob
250 KMs drive through the Pathan villages to the town of Zhob. At Zhob there is not as much to see but the drive can be interesting as there are some remote villages on the way. There is one small Hotel with 10 Rooms in Zhob.

Quetta - Taftan
800 KMs The trip has to be split in two days stopping at Dalbandain. There are great views of the Baluchistan desert . A tea at a local restaurant can be very refreshing. At Dalbandain there is a small rest House and a newly built hotel with basic facilities. At Taftan there is PTDC Motel which has 6 Rooms and some dormitories.

Taftan to Zahidan
The Custom formalities are pretty simple at Taftan and take about half an hour. In the Iranian side roads are pretty good and it will take about 2 Hours to reach Zahidan.

Full Day Ziarat Tour from Quetta.
Drive to the Juniper valley of Ziarat. Junipers of Ziarat are the longest living plants in the world some of them can be 1000 years of age. There are many view points to the the valley and each one presents a great spectacular view. The quid residency is located on the right of the main downtown. This was the last residence of Founder of Pakistan Mr. Mohammed Ali Jinnah. There is a nice PTDC motel in Ziarat. For booking please contact us

Bolan Pass & Qadam Mobarak (Feet) Of Hazarat Ali.
Drive to the highest point of Bolan pass to see this spectacular rugged valley of the pass. You will see many nomades travelling along the pass with their camels and herds of goat. On the way back stop at the foot marks of Hazarat Ali ( Husband of the daughter of Prophet Mohammed) who is believed to have come here and prayed at the place.  For booking please contact us

Quetta, derived from Kuatta, means fort in the Pashto language. The city is a natural fort, surrounded by imposing hills on all sides. The hills are called Chiltan, Takatu, and Mehrdar (so called because of its beauty, but now known as Murdar), and Zarghun.

It is not known when Quetta was first inhabited, but most likely it was settled during the 6th century. The region remained part of the Sassanid Persian Empire and was later annexed by the Rashidun Caliphate during the 7th century Islamic conquest. It remained part of the Umayyad and Abassid Empires. However the first detailed account of Quetta was in the 11th century when it was captured by Mahmud of Ghazni on one of his invasions of the subcontinent. In 1543 the Mughal emperor Humayun rested here on his retreat to Persia, leaving his one-year-old son Akbar until he returned two years later. The Mughals ruled Quetta until 1556, when the Persians took it, only to be retaken by Akbar in 1595. The powerful Khans of Kalat held the fort from 1730. In 1828 the first westerner to visit Quetta described it as a mud-walled fort surrounded by 300 mud houses. Although occupied briefly by the British during the First Afghan War in 1839, it was not until 1876 that Quetta came under permanent British control and Robert Groves Sandeman was made political agent in Balochistan. Since Partition the Population of Quetta has increased dramatically. Because of its military base and trading activities, and the introduction of commercial fruit farming, Quetta District can now support half a million people. Quetta, before the great earthquake of 31 May 1935 was a bright and bustling city, having multi-storied buildings. It was almost completely destroyed in this great earthquake and was razed to the ground in the small hours of the morning of that fateful day, when about 40,000 souls perished within the twinkling of an eye. Then came the Kasi Tribe who had all the powers of Lands in Quetta. After the great calamity that overtook Quetta, houses are generally single storeyed and quake proof. These houses are built with bricks and reinforced concrete. The structure is generally of lighter material. Incidentally, the bricks of Quetta have a yellowish tinge unlike the red variety of Sindh and the Punjab 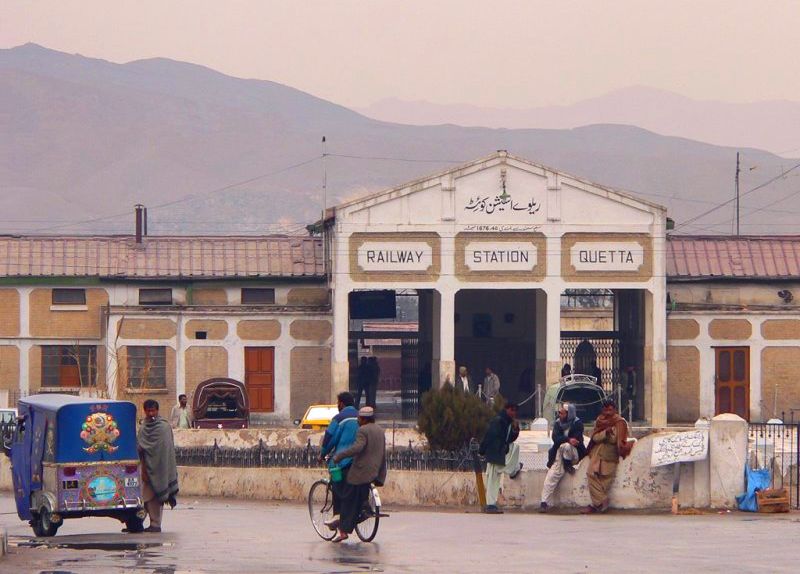 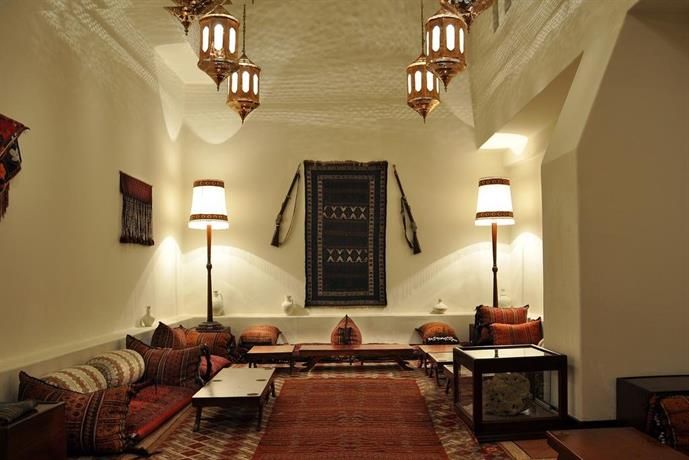