Shankiari is a town of Mansehra District of Khyber-Pakhtunkhwa province of Pakistan. The Shinkiari police station was established before partition at that time Baffa was police chowki of Shinkiri Police Station (thana) and the second police chowki was Battal these both Chowkies have now became police Stations. Most of the people in Shiniari are from the Swati Pukhtoon tribe while a large numbe rof people also speak Hindko. Shinkiarai is a combination of two pashto word which means "Shin" Green an "Kiarai" Garden/Place of greenery.

The Shankiari Mosque is a prominent landmark of the city

Shankiari is an important city from its political and geographical point of view. Its topography is very plane towards Lower Pakhal. It is very first city of Pakhal .It is a junction point for Siran Valley, Konsh Valley and Baffa.

Pakistan Junior Leaders Academy (JLA) is the army training centre for juniors. The city is a major stop for people traveling north. It is a historical city.There are very plane cultivated land for vigitables, grains, sugar can, tobacco leaves, rice and uses for many other agricultural purposes . Pakistan Forest Institution college is reconstructed after earthquake of 2005 which is located just 3 km away from city toward insides of the Great Forest (Jungul) rang of Jaborri. 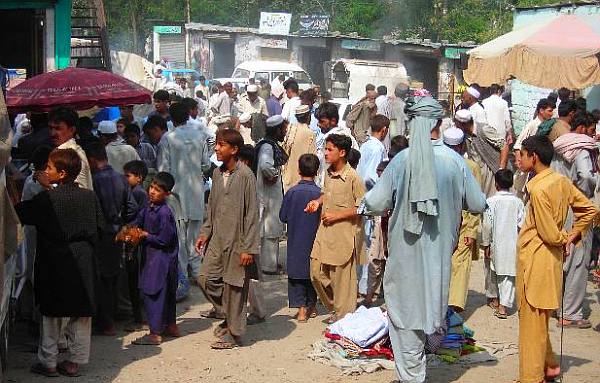 It is famous for cultivating the first tea garden in Pakistan because of its natural environment and terrain.[2] side by side a very beautiful view of Siran doubled its beauty came from Siran and Konsh vallies and get together at the place of ICHRRIAN.One can access to KUND Rest house 24 km away in the JABORRI forest range over top of the hill.This rest house was built during English empire in 1919. It is also damaged in earthquake of 2005 and could not rebuilt by Government of PAKISTAN. It should be administer as a Tehsel due to its covered area of 14 joint union councils.