Uch is the city of saints in the south Punjab province of Pakistan. The city although very small but has been abode of many saints and sufis. It seved as the learning point for Sufis. The earth of Uch has embarrassed some of the most respectable and noble Sufi saints.

Uch lies near the confluence of the river Chenab & River Sutlaj, Although the city was cradle of many kingdoms and empires but it has been neglected in the present era after the English times.

The existence of Uch is also mentioned during the invasion of Alexander the great and it was mentioned that Alexander had ordered to build a city at the confluence of Chenab & Sutlaj being a very strategic and prosperous region for a big city. The locals send Alexander 100 men as hostages and 500 war chariots with their rider and horses fully caparisoned. Alexander was pleased with this gesture and returned the 100 hostages. In the 8th Century Uch was part of the kingdom of Chach  the rular of Sindh who also wrote a detailed History and the inventor of Chess (Although Chess was invented much earliaer in Indus civilization) In 711-726 AD Mohammad Bin Qasim conquered Sindh and Uch also came into the rule of Arabs and slowely developed into a great Muslim town.

Uch was the center of Culture, Sifism literature & politics in 13th & 14th century when it was capital of the then kingdom of Uch (South Punjab).

Today's Uch is famous for its Shrines and is called Uch Shalief (Holy Uch) Having the famous tomb of Jewindi Bibi   built around 1498 It was the tomb of the saintly lady know as Jewindi Bibi (Living lordess) The tomb was half broken due to the floods but the colors of the blue glazed tiles are still shing as if were installed recently. The architecture of the tomb is simillar to that of the Shah Rukne-e-Alam the winner of the aga khan award for architecture. The tomb of the sufi saint Jalaluddin Surkh bukhari is right beside the tomb of Jewindi Bibi. It was built in nearly the same period and it is usally crowded with devotes and is quite active. The darban of the tomb shows around the different saints tombs in the same complex. Beside that there are many other saints burried here which Include Shaikh Saifuddin Ghazrooni, Makhdoom Jahanian Jahangasht.

Uch bazaar is a very interesting bazaar with nearly every thing available.

5 Kilometers from Uch is the Punjnad the confluence of the rivers you can hire a boat to actually sail in the confluance and have an excellent fried fish along the road.

Uch Sharief and Bahawalpur are part of our many tours. Please visit our Pakistan tours section for touring Uch & other such places. 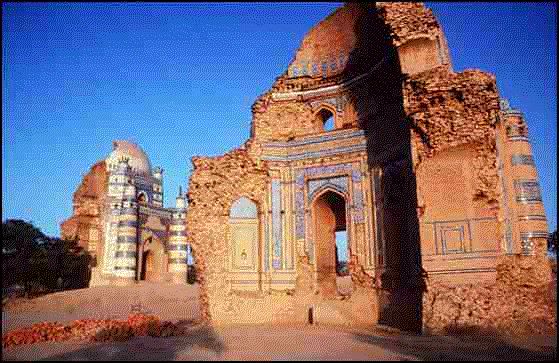 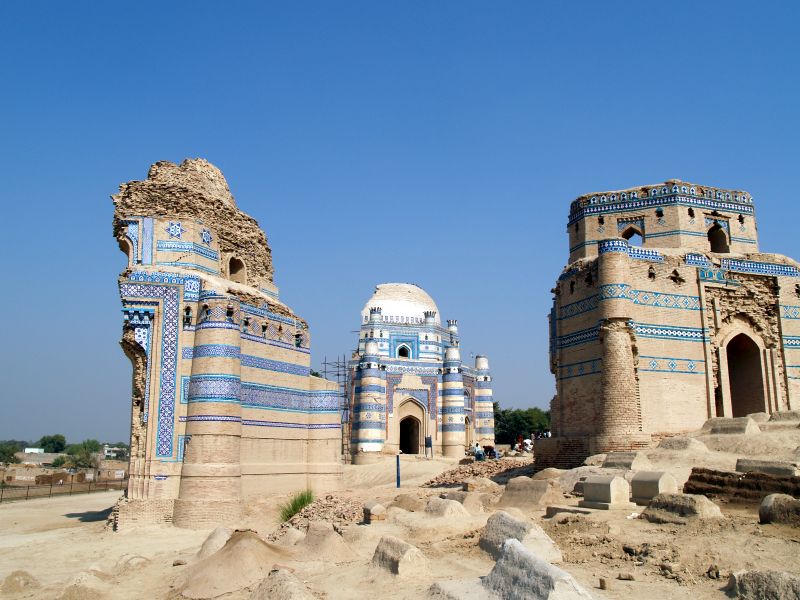 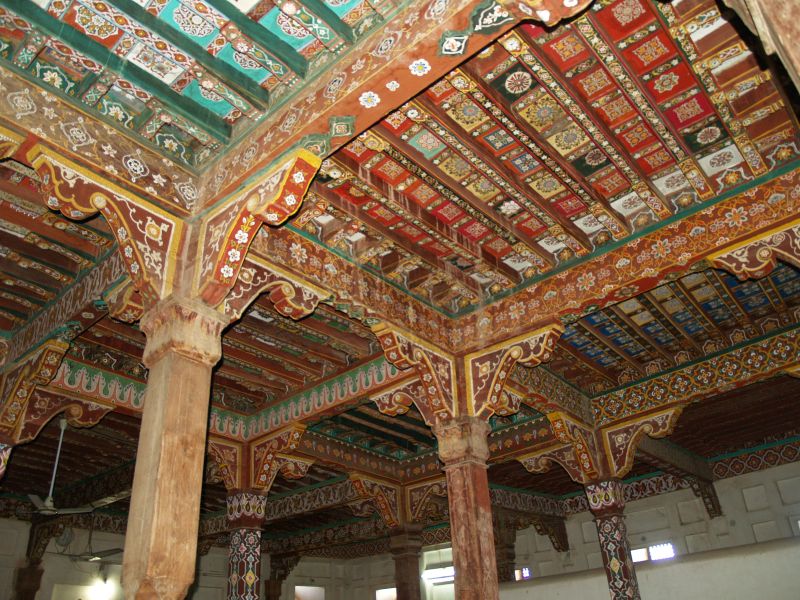