Ziarat is a popular tourist destination for local tourists in the province of Balouchistan. It is located at 30° 22′ 51 N, 67° 43′ 37 E at an altitude of 2453 meters (8050 feet). Ziarat is famous for being the second largest Juniper forest in the world. It is a favourite point for local visitors to Quetta, as it is just 2 hours drive away from Quetta. Ziarat was the summer residence of the chief commissioner of Baluchistan, and sanatorium for the European troops at Quetta: 8,850 ft (2,700 m). above the sea and 33 m. by cart-road from the railway.

Junipers species Juniperus macropoda, Juniperous exceisa polycarpus or Pashthani Juniper are found in Ziarat districts and Zarghoon mount and some other mounted areas of Balochistan are regarded as second largest Juniper forests in the world, covering an area of about 247,000 acres (1,000 km2). Besides Junipars there many other flora & fauna found in the ecosystem including the Chakor partridge, bushes and ground flora which local people use these plants as indigenous treatments for a variety of diseases.

The junipers are considered to be the real treasure of Ziarat. There are trees in the valley which are more than 5000 to 7000 years old. In Ziarat a herb called Ephedra sinica is found in abundance from which a chemical called ephedrine is extracted, an important constituent of various medicines, especially cough syrups. When the snow falls in Ziarat's winter the juniper valley is at its most beautiful.

Ziarat has few local hotels and a well placed Ziarat PTDC Motel from the government of Pakistan. Besides that PTDC also has huts in the surrounding hills. Different activities can be organised at PTDC motel and other camping areas in Ziarat. Please contact us for details

Ziarat is home to the famous Ziarat residency where founder of nation Quaid e Azam Mohammad Ali Jinnah lived and spent his last days of life, It is one of the main points to see the residency is made of wood and stone and has a beautiful architecture, representing the English architecture of 19th century. 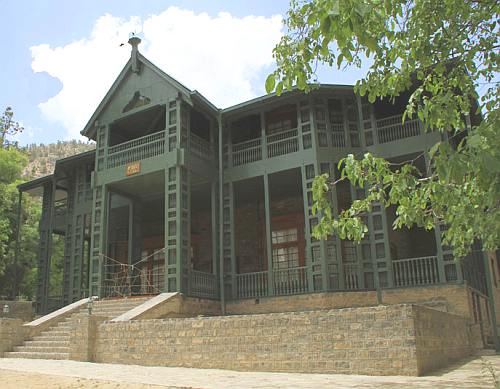 The Ziarat Residency was constructed in 1892. The whole building is a wooden structure beautifully designed and has great architectural importance. It was originally meant to be a sanatorium, for the British Army after the foundation of Pakistan it was converted into the summer residence for the Agent of the Governor General. The residency catches the tourists' attention due to its unique location and the wonderful hilly surroundings.

The weather in Ziarath is pleasant during summer but in winter the weather is severe cold. During summer time the apple and cherry gardens provide a pleasant view for tourists.

Balochistan is an arid land which receives very low rainfall annually. But innumerable natural springs known as KAREZ and streams are found in most of the areas. There are more than a half dozen gorges around Ziarat formed by natrul karez spring water falling through narrow opening amongst the mountain rocks producing a dramatic effect. The famous gorges along the road to Ziarat are Chutair Tangi, Kahn Tangi, Kawas Tangi, Faran Tangi and the Sandman Tangi.

The local residents of Ziarat are mainly Pashtoons (Kakar, and Dotani Dummer (Kakar). Among these Kakar is the largest tribe and 70% of the total of population. The area is mostly occupied by panezai or sarangzai tribes. Kakar is further divided into different kinds of sub casts including Panezai, Sarangzai, Yasinza, and Ahmadkhail. among these, Panezai, Yasinzai, Domer and Sarangzai constitute the highest population of the green valley of the Pashtoon belt. Demographically, Panezais are regarded as the most intelligent, education-oriented and highly developed people of Ziarat. This tribe is found in Kach, killi sardaran jungal bandat ahmaddon, Gogi, Kan, Wam, Kawas, Zindra, Cheena, and main Ziarat areas. On the other hand, Domar constitute as the greatest faction of the newly annexed Tehsil Sanjavi of Ziarat. 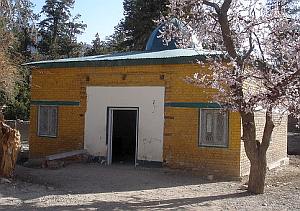 The shrine of Baba Kharwari is 8 km from Ziarat town. A member of Sarang zai tribe, his name was Tahir. He became a disciple of Nana Sahib and a number of miracles are attributed to him. He is buried in a valley about 8 km from Ziarat. A large number of people visit his shrine and offer sacrifices in his memory. During the Eid festival, the tribesmen gather around the shrine and hold Kushti and marksmanship competitions.

The shrine of Nau Gaza Baba is 1 km from Ziarat town. It is surrounded by big graveyards. Nau Gaza Baba's real name was Kareemdad. He was a member of the 'Esakhail Sanerzai' tribe. When he died, his body became large by nine(Nau) yards(gaz)therefore people started to call him Nau Gaza Baba. Many people visit the shrine to pray.