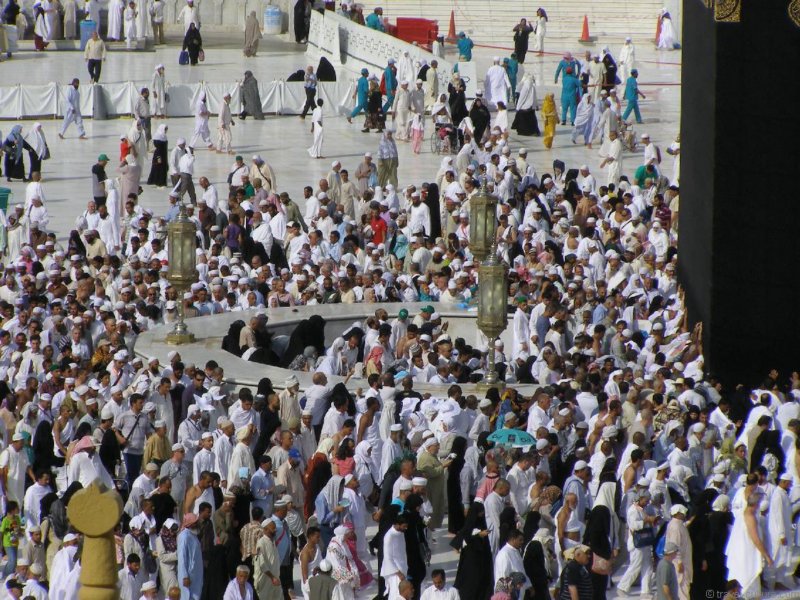 Hatim, a low wall originally part of the Kaaba. It is a semi-circular wall opposite, but not connected to, the north-west wall of the Kaaba known as the hatīm. This is 90 cm (35 in) in height and 1.5 m (4.9 ft) in width, and is composed of white marble. At one time the space lying between the hatīm and the Kaaba belonged to the Kaaba itself, and for this reason it is not entered during the tawaf. Some believe that the graves of Ismail and his mother Hagar[1] are located in this space. Pilgrims do not walk in the area between this wall and the Kaaba.