When you meet some one in the first few days of Ramadan you greet people with "Ramadan Mubarak" and "Ramadan Kareem" are greetings used to offer your wishes for Ramadan. (kareem means generous and mubarak means blessings).

Sehri or Suhor is the meal in the morning just before sunrise - it is usually a light meal.

Iftar or Iftari is the time of the evening meal just after sunset, traditionally a light snack of dates and water, although this might no be so obvious in Dubai.

No eating, drinking, smoking or kissing between sunrise (Fajr) and sunset (Maghrib, rather than Magrib).

Ramadan is the 9th month of the Muslim calendar year. It is considered the most holy and spiritual months of all 12 months.

During Ramadan all Muslims are bound to fast during the day from before sunrise to just after sunset. During this time Muslims are not permitted to drink liquids, eat ay kind of food whatsoever and also prohibited to show affection to their spouses during the day i.e. kiss etc.

This year Ramadan will be celebrated in a different way, as most cities remain locked down mosques are also closed so all rituals and prayers will be held at home. In Pakistan people will perform evening perform special long prayer of 20 Rakaa known as Taraveeh at home, Fast will be kept by eating sehri at home with specially cooked food and fast will be opened in the evening also at home. 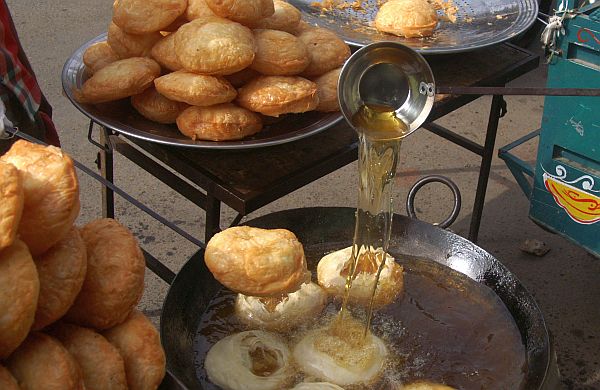 Every morning special foods are served which are unique to this months breakfasts only while in the evening people prepare special refreshing drinks made of rose water lemon, and many different kinds of deep fried dishes which are rich in oil and nutrients to energize people for the day long fasting.

Offices usually open earlier than normal i.e. 8AM or 8:30 and close at 2:30 or 3PM same is the case for banks and government departments.

In the bazaars they open late and usually have a break during the evening prayers and the long prayer of Taraveeh and they re-open again till 10PM and even till midnight.

During this month all restaurants, food stalls in the streets and Paan shops are closed and it is illegal to eat in the public although not as enforced by law but people observe this law because of respect and to avoid criticism from the people.

In big cities this rules is very strictly followed and so are the fasts kept while in the villages this rule is a bit relaxed and many people also skip day of fasts. 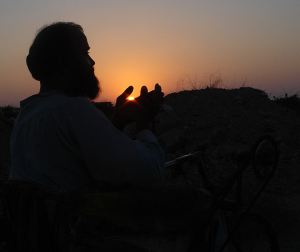 An interesting scene that is see in the streets of big cities like Karachi is that 20  - 10 minutes prior to opening of the fast there is usually very fast moving trafic which suddenly stops and all rods are seen nearly empty just before the Azan (call to prayer) when all people start eating at same time usually first food that is eaten is date as it is said that it was the favorite food of prophet Mohammad and he also opened his fast with a date. Some people also prefer opening fast with a pinch of salt.

Order of fasting in Quraan

“… but whoever is sick or upon a journey, then (he shall fast)
a (like) number of other days; Allah desires ease for you,
and He does not desire for you difficulty, and (He desires)
that you should complete the number and that you
should exalt the greatness of Allah for His having guided you
and that you may give thanks.” -Quran- 2:185

Reason of Fasting in Quran

People, a great blessed month has come upon you.
Allah has made fasting during it an obligation, and steadfastly observing its nights in worship a voluntary act.
Whoever undertakes an act of obedience to Allah during this month with a righteous deed, it is as if he has performed an obligatory act at other times, and whoever performs an obligatory act during it is as one who performed seventy obligations at other times.
It is the month of patience, and the reward for patience is Paradise.
It is the month of goodwill, during which provisions are multiplied.

Prophet Muhammad’s (peace and blessings of Allah be upon him) said:

“ Allah has no need for the hunger and the thirst of the person who does not restrain from telling lies and acting on them even while observing fast.”

“ When one of you is fasting, He should abstain from indecent acts and unnecessary talk, and if someone begins an obscene conversation or tries to pick an argument, he should simply tell him, ‘I am fasting.’”

Prophet Muhammad’s (peace and blessings of Allah be upon him) proclaimed the reward of fasting:

“Every action of the son of Adam is given manifold reward, each good deed receiving ten times its like, up to seven hundred times. Allah the Most High said, ‘Except for fasting, for it is for Me and I will give recompense for it, he leaves off his desires and his food for Me.’ for the fasting person there are two times of joy; a time when he breaks his fast and a time of joy when he meets his Lord, and the smell coming from the mouth of the fasting person is better with Allah than the smell of musk.”