Travel & Culture Services offers several packages for Uzbekistan. We have a dedicated and trusted partner in Uzbekistan who handles our clients with great care and responsibility.

Following are some of the Packages we offer.

5 Day Tashkent, Bokhara and Samarqand Tour: The most popular tour that takes you back in time and show you some of the most legendary monuments and cities of Uzbekistan. Click here for details

5 Days Tashkent Samarqand, Chimgan mountains tour This tour will take you to the legendary Samarqand the modern Tashkent and will also take you for an excursion to the mountains of Chimghan. More Details

Day 1: Fly to Tashkent
Arrival in Tashkent - the capital of Uzbekistan. Transfer & check in hotel.

Day 3: Tashkent-Samarkand
Breakfast. Transfer to Samarkand (315 km) by train REGISTAN and hotel accommodation. City tour: "Gur Emir Mausoleum" - Tamerlan's tomb (14-15th c) that was built for Temur's grandson Muhammad-Sultan and tombs of three other Temurids - sons of Temur - Miranshah and Shahruh and his grandson Ulugbek, "Ruhabad Mausoleum" ("House of Spirit") - a legend says that under the dome there is a box with seven hairs of Prophet Muhammad (14th c), "Registan Square" ("A sandy place") - the major square of Samarkand: "Ulugbeg Medressa" - Sheikh Khodja Akhrar and poet Djami were among outstanding graduates of the medressa (15th c), "Sher-Dor Medressa" ("Having tigers") (17th c.), "Tillya-Kari Medressa" ("Coated by gold") - the rich gilding on the dome, walls and mihrab surpassed all famous buildings in Central Asia (17th c).

Day 4: Samarqand
Breakfast. This day you will visit: Siab bazaar, taste the best Samarkand bread and fruits, excavations and museum of the ancient city of Afrosiab, mausoleum of Khodja Daniyar - the legend associates him with the Koran' and Biblical prophet Daniyar (Daniel) whose remains were brought here by Tamerlane, the memorial complex of the outstanding Sunni theologian Imam Mukhammad al-Bukhari (died in 870) and the biggest observatory of the 15th c. built by Ulugbeg. A mosque named after Hazret-Hyzr - an Islamic saint and eternal wanderer. He was esteemed as giving richness and good luck in far voyages and trade (19th c), cathedral mosque "Bibi-Khanym" that was named after the oldest wife of Tamerlan (14th c), an architectural complex "Shahi-Zinda" ("Alive king") - necropolis on the slope of the Afrosiab hill is connected with Kusam ibn Abbas - the cousin of Prophet Muhammad (11-15th c). Overnight in the capital of Tamerlane's Empire.

Day 6: Bukhara
Breakfast. Tour outside the city: Emir's Summer Residence "Sitorai Mokhi-Khosa" (19th c), memorial necropolises "Chor Bakr" (10th c), visit to the Bakhouddin Nakshbandi mausoleum (16-19th c), and to the sepulchers of his mother and his preceptor (14th c). Return to Bukhara. Afternoon city tour: mausoleum of the Samanids - the most ancient brick building in Central Asia, a masterpiece of world architecture (9-10th c), mausoleum Chashma Ayub that belongs to the esteemed "places of trace" left by saints(14th c). The legend says that once the bible prophet Job (Ayub) visited this place. and "The Museum of Water". "Bolo-Houz Mosque" - the only monument of medieval Bukhara (beg. of 20th c), Ark - the center of Bukhara statehood (4th c BC), silk carpet shops.

Day 7: Bukhara
Breakfast and visit complex "Poi Kalon" ("Beneath the Great"): "Kalyan Minaret" - the main symbol of sacred Bukhara that symbolized the authority and power of spiritual governors. (12th c), "Kalyan Mosque"- its area of 130 x 80 m, "Miri Arab Madrassah" - active madrassah is one of the most esteemed spiritual Islamic universities (16th c), "Taki Zargaron" - the dome of jewelers (15-16th cc), "Ulugbeg Madrassah" - one of the 3 madrassahs constructed by the grandson of Tamerlan - Ulugbeg (15th c), "Abdulaziz-khan Madrassah" - traditional madrassah with 2 floors of hudjras and a mosque on the central axis ( mid. of 17th c), Tim of Abdullah-Khan madrassah (1588-1590), atlas shops, "Magoki-Attari Mosque" - the most ancient mosque of Bukhara (12th c) is considered a masterpiece of Bukhara architecture, "Khanaka and madrassah of Nadir Divan-Beghi" - a massive rectangular structure that was a place for the refuge and meditation of Sufis (17th c), "Kukeldash Madrassah" (16th c) - one of the biggest Bukhara madrassah, "Lyabi-Hauz" ensemble - the largest artificial reservoir of medieval Bukhara - is very popular among travelers (14-17th cc), "Chor Minor" ("Four minarets") is an unusual madrassah built by Caliph Niyazkul (18th c). One of the "1000 & 1 nights" in Bukhara. Evening depart to Tashkent by train. Overnight at train.

Other Tours of Uzbekistan for Pakistanis 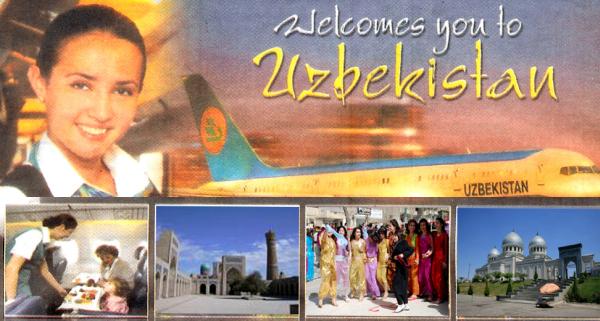