The prime attraction in this region is the Khyber Pass situated in the Sulaiman Hills which form the western barrier of Pakistan. The hills dip down here, leaving a passage sometimes as broad as 1 ˝ kms (1 mile) and sometimes as narrow as 16 metres (42 feet). The Pass begins near Jamrud Fort 18 kms 11 miles) from Peshawar and extends beyond the border of Pakistan at Torkham 58 kms away. At Torkham PTDC has a Motel-cum-Information Centre which is closed at present due to unsettled conditions in Afghanistan. 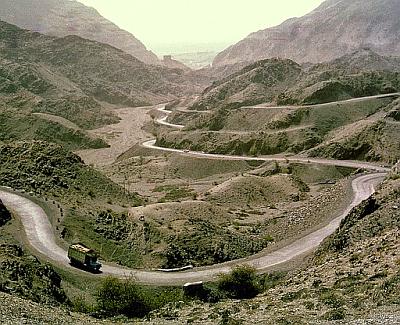 You may travel by road from Peshawar via Jamrud fort which lies amongst low story hills capped with pickets manned by Khyber Rifles. Also on the way you will see Ali Masjid and the fort with insignia of the regiments that have served in the Khyber. On route is also the Sphola stupa of Buddhist period (2-5 centuries A-D) and Landikotal Bazaar until you reach the border post at Torkham. The other exciting way of seeing Khyber Pass is to undertake a 42 kms and 3˝ hours journey to Landikotal by the equally legendary Khyber Railway.

Khyber Railway: It threads its way through 34 tunnels crossing 92 bridges and culverts and climbing 1,200 metres. The British built it in 1920 at an enormous cost of Rs. Two million. Two or three coaches are pulled and pushed by two 1920 model steam engines. At one point, the track climbs 130 metres in less than a mile by means of the famous Changai Spur, a section of track shaped like a "W" with two reversing stations.

The Khyber Pass is presently closed to visitors and the Khyber Railway is also not operative due to unsettled conditions in Afghanistan. The Railway will, however, be operative in the not too distant future.

For trail enthusiasts, the Khyber Railway from Peshawar to Landi Kotal is a three-star attraction.The British built it in the 1920s at the then enormous cost of more than two million pounds. It passes through 34 tunnels totalling five kms (three miles) and over 92 bridges and culverts. The two or three coaches ar pulled and pushed by two SG 060 oil-fired engines. At one point, the track climbs 130 metres in little more than a kilometer (425 feet in 0.7 miles) by means of the heart-stopping Changai Spur. This is a W-shaped section of track with two cliff-hanging reversing stations, at which the train wheezes desperately before shuddering to a stop and backing away from the brink. The Khyber train currently runs only by appointment. Groups of 20 to 45 passengers can book one

bogey for an all day outing to Landi Kotal and back, a ride lasting ten to eleven hours, for US $ 1,000. But you can easily see the train at rest at Peshawar Station.. 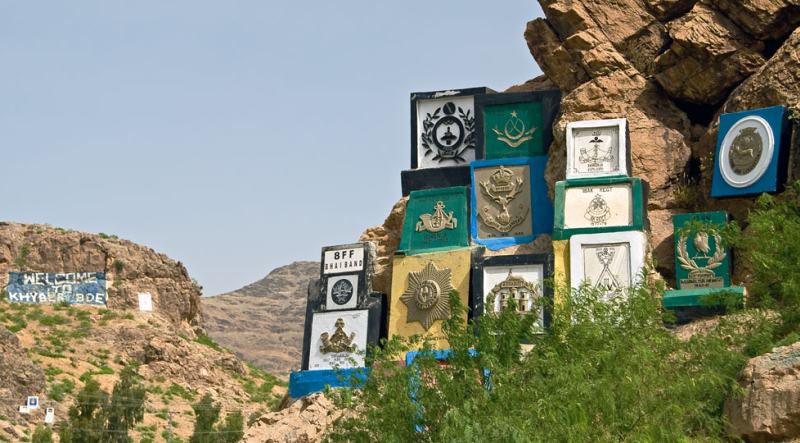