Considered one of the highlights of Pakistan Thatta is Rome of Pakistan where you can see architecture culture and natural beauty. During winter you will also ave the opportunity to see migratory birds on this tour. It is a 100% secure and safe tour. You will see the 2 UNESCO World Heritage sites and one Tentative listed world heritage site.

Drive early in the morning in private car/coach towards Thatta. On the way visit Chaukindi Tombs, tombs from the 15-18th century made of Sandstone. All tombs are quadrangular in shape and have beautiful carvings. All men's graves have Turbans carved on top and women graves have beautiful jewelry carved on sandstone.

Later drive to Banbhore visit the museum and walk over the archeological site of Banbhore which was first inhabited by central Asian Sythians and Parthyans later this site became the last conquest of Alexander the great from here he went back to westwards and died on his way in Iran. Banbhore was also the first city which received Islam it was conquered by Arabs in 711 AD by Mohammad Bin Qasim the first mosque in South east Asia was also built during this period in this city.

Continue to Thatta and Visit Makli the largest Muslim cemetery having over half a million graves of Scholars, Poets, Ministers, Kings and rich men of Thatta from 15th to 18th century from the time when Thatta was center of education literature and was also capital of Sindh.

In Thatta Visit Shah Jehan Mosque the mosque was built in 1647 2 years after Taj Mahal. Shah Jehan built this mosque for the people of Tahtta for their hospitality rendered to him when he was escaping from the enemy. The mosque is the most impressive work of blue glazed tile work and is the most well preserved mosque of this age.
Afternoon drive to Karachi.

Contact us to Book this tour now Discounts available for groups and families.

Pictures from this tour 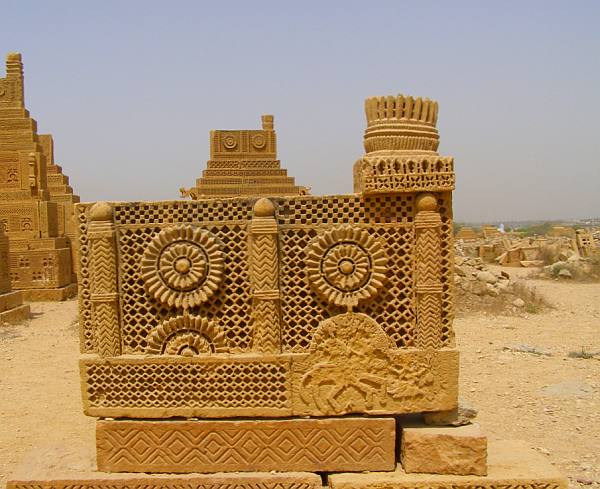 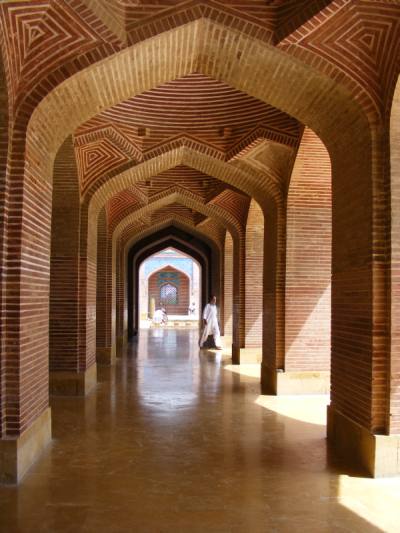 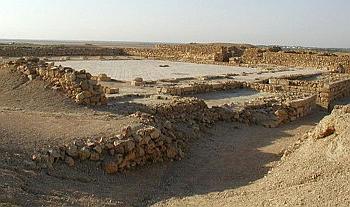