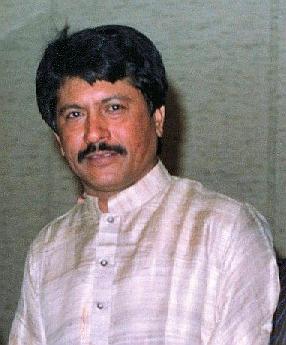 Ataullah Khan Esakhelvi, popularly known as the “Ambassador of Pain”, is a light-hearted, soft-spoken, modest Pakistani Singer from the tribal area of Esakhel, Mianwali. Popular among young and old alike, his singing especially appeals to the sensitive, who delve deep into the fathoms of his romantic lyrics.

Ataullah Khan Esakhelvi was Born on 19 August 1951 in Isakhel in the Punjab province's district of Mianwali. As his name suggests he belongs to the Niazi tribe, which is a pashtun tribe. His forefathers descents from Kabul, Afghanistan.

This very successful singer once worked as a bus conductor and truck driver. Singing has been his passion since childhood. While attending high school in Esakhel, he used to sing national songs and participate in every literary gathering. This interest flourished over the years. His father, Ahmad Khan Niazi, who was in the transport business, wanted his son to adopt this line of work, but Ataullah at that time was interested only in the harmonium. Rebelling against his circumstances, family traditions, and tribal customs, Atullah left home in 1967 after completing his F.A. He went to Karachi, where he stayed until the 1971 War.

He spent the next few years moving from Islamabad to Lahore to Faisalabad. When cassette recorders became popular in the late 1970s, Ataullah used to sing for his friends, who would record his voice. One of these cassettes reached the market and was heard by Chaudhry Rehmat Ali, who seized the opportunity to produce Ataullah's first album. His Urdu song, “Idhar Zindagi Ka Janaza Uthey Ga”, was an overnight hit and changed the fortunes of both singer and producer.

Ataullah can mesmerize a crowd for hours with folk songs in Urdu, Saraiki, Punjabi, Pushto, and Sindhi. He is a tireless performer and has performed charity shows to raise funds for flood victims. He has recorded dozens of albums, mostly in Saraiki but also in Urdu. For his lyrics, he selects poetry by Farooq Rokhri, Malik Sona Khan, Munawar Ali Malik, Fata Khan, and several little-known poets of Esakhel. Atullah Niazi is married and has three children, two boys and a girl. 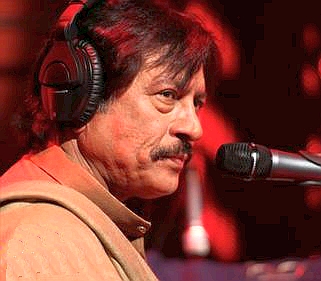 He has been married four times and has three children. He is currently married to Bazigha, who is the mother of his children Sanwal Atta (son), Laraib Atta (daughter), and Bilawal Atta (youngest son) and living with his 4th wife and children in Lahore, Pakistan.

After spending many years in Lahore, Attaullah moved back to Isakhel. He built a mosque, Laraib Masjid, near Government Degree College, Isakhel.

Attaullah Khan is also a Sufi Murid and regularly visits his Murshid in Taunsa Sharif.