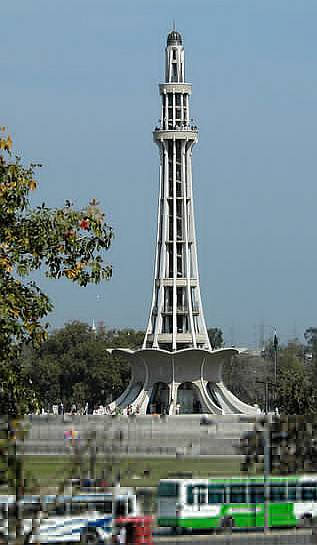 Lahore is the Capital city of Punjab Province of Pakistan. With the population of approximately 14 Million it is a very lively city. The main attraction of the city is its beautiful Architecture and bustling Bazaars. The tradition of buildings is centuries old in Lahore but the Moghuls (1500AD to 1800AD) have contributed the most to it.

The Moghul buildings are the most attractive. On an average one can easily spend two full days of sightseeing here. There are numerous mosques monuments bazaars, evening Musical programs and a variety Lifestyle in the city. The Lahore Museum is the largest in the country and houses articles from all over the country. The city of Lahore is located just 25 KMS away from the Indian border on the grand Trunk road. This makes it a transit point before going into India from Pakistan.

There is a train from Lahore to Arrester on Thursdays & Tuesdays, beside regular road transport. It is also well connected internationally by PIA and a few other local & Foreign carriers. There are also regular flight from all major cities of Pakistan to Lahore operated by Private airlines and PIA Airblue and Shaheen Air. Temperature in Lahore is usually warm except in the months of January & February it is chili. 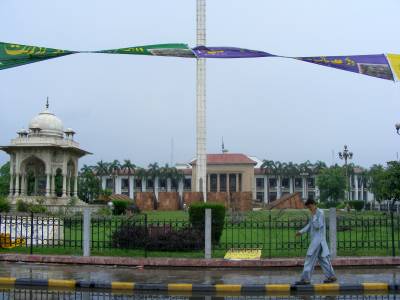 Usually one should take this tour in the morning. You will visit Badshahi Mosque, Lahore Fort (A Unsesco World Heritage Site) a treasure of Moghul architecture from the early 16th century to 18th century (takes about 1? Hours to visit), and Anarkali Bazaar a Bazaar with big activity and colorful streets.

Visit the Lahore museum the largest museum in Pakistan Hoses the article from Moen Jo Daro Harrappa, Taxila, Peshawar, Swat and other areas. Also a well organized ethnological gallery and the British Raj history gallery are worth a visit. Later drive to Delhi gate visit the Delhi gate bazaar and Wazir Khan mosque one of the most beautiful mosques in the country. Decorated with frescos, Glazed tiles minarets arches and domes. Later continue to Shalimar garden, romantic garden of the Moghuls. See the beautifully laid fountains and fantastic architecture of this garden of Love.

Drive only 10 Kilometers outside Lahore to see one of the most important Moghul architectures in Lahore. it is an enormous building with beautiful garden Minarets, Arches and beautiful frescos. Later take a short drive to Noorjehan wife of Jehangir tomb also a wonderful marvel of Moghul architecture. Later drive to Shalimar garden the romantic garden of the Moguls.

Drive in the evening to Shalimar garden to see the sun set at the beautiful garden of romance, later drive to Anarkali bazaar with its traditional evening lights and colorful shops late drive to Minar-e-Pakistan to see it illuminated. This was the place where Pakistan resolution was passed by Muslim league in 1940. At the end of tour drive to Luxumi chouk to have a typical Lahori Dinner. 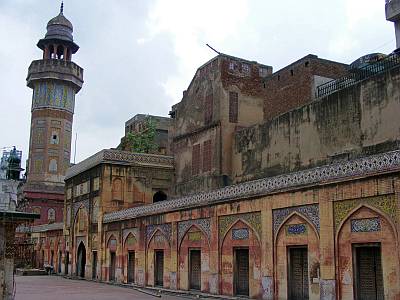 Drive to Hiran Minar (Watch tower of Deer) A hunting resort of the emperor Jehangir built in 17th century. A beautiful 3 story building with a pond and Pavilions see the country side enroute and continue to Shekhupura famous for its old fort & wood carving visit the bazaar decorated with wooden balconies and witness artisans at work. Return to Lahore in the evening. A stop at Data Darbar is also possible on Thursdays to see the mystic dance in front of the Sufi saint Data Gunj Bux Shrine.

One of the 2 main cities of Indus civilization. Over 5000 years old civilization which had a well developed government system , Grid system in the streets well laid covered drainage system and a advanced binary system of Weighing were the main features of this civilization. Harrappa is located at a distance of 200 KMs. from Lahore One needs to leave early in the morning from Lahore and return in the evening. On the way there are several bazaars and villages. Please contact us to book

The Lahore airport is only 15 minutes away from the main down town. During this short drive from airport to hotel you can enjoy some of the beautiful modern buildings and squares of Lahore.

There are two major roads to Rawalpindi/Islamabad

1. Via old Grand trunk road 275 Kms. It is recommended for those who wish to take an easy drive with sightseeing . There are many small & big towns on the way with a lot of cultural activity. You can also visit Rohtas fort on the way.

According to a legend Lahore was known in ancient times as Lavapuri ("City of Lava" in Sanskrit), was founded by Prince Lava or Loh, the son of Rama, the Hindu deity. To this day, Lahore Fort has a vacant temple dedicated to Lava (also pronounced Loh, hence Loh-awar or "The Fort of Loh").

Ptolemy, the 2nd-century Egyptian astronomer mentions in his Geographia a city called Labokla being somewhere between the Indus River and Palibothra, (Patna). It was described as extending along the rivers Bidastes or Vitasta (Jhelum), Sandabal or Chandra Bhaga (Chenab), and Adris or Iravati (Ravi).

The oldest authentic mention of Lahore appears in Hudud-i-Alam (The Regions of the World) written in 982. In this document, Lahore is mentioned as a shehr or town inhabited by non-muslims having "impressive temples, large markets and huge orchards." It refers to "two major markets around which dwellings exist," and it also mentions "the mud walls that enclose these two dwellings to make it one."

In 11th century the city was captured by Sultan Mahmud of Ghazni. The sultan took Lahore after a long siege and battle in which the city was burned and depopulated.

After the death of Dada Jashraj, the decline of Lohana kingdom began and their reign at Lohargadh ended. King Dahir (Raja Dhahir) ruled for a while from Daibal (Banbhore 60 kilometers from today's Karachi).

In the 16th century after the arrival of the Moghul king Babur Lahore came to a new glory, Moghuals made Lahore their winter captal to escape the harsh winter of Delhi. The Mughals, were famous as builders, gave Lahore great care and attention they built some of the finest architectural monuments in Lahore, many of which are becoming extant today.

During the late 18th century, frequent invasions by Ahmad Shah Abdali and the Durrani Empire led to a lack of governance in the Punjab region. Invasions and chaos allowed bands of warring Sikhs to gain control in some areas. The Sikhs were gaining momentum at an enormous rate. In 1801, the twelve Sikh misls joined into one to form a new empire and sovereign Sikh state ruled by Maharaja Ranjit Singh.

A period of Moghul architect of Lahore introduced by the British.