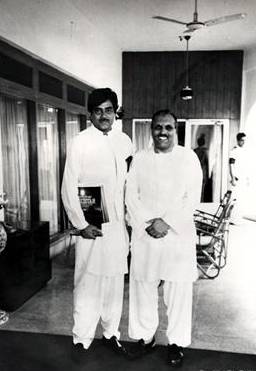 Zia was born in Jalandhar, British India, in 1924 as the second child of Muhammad Akbar, who worked in the Army GHQ in Delhi and Simla pre-partition.
He completed his initial education in Simla and then attended St. Stephen's College, Delhi for his graduate degree. After graduation from St. Xavier College, Zia joined the British Indian Army in 1943.

Ziaul Haq's wife Shafiq Zia died 5 January 1996. Zia children are, Muhammad Ijaz-ul-Haq, (born 1953), who went into politics and became a cabinet minister in the government of Nawaz Sharif, and Anwar-ul-Haq (born 1950) and his daughters, Zian (also Zain) (born 1972), a special needs child, and Rubina Salim, who is married to a Pakistani banker and has been living in the United States since 1980, and daughter Quratulain Zia who currently lives in London, and is married to Pakistani doctor, Adnan Majid

Zia was commissioned in the British Indian Army in a cavalry regiment on 12 May 1943 and served against Nazi Germany and its allies in World War II. After Pakistan gained its independence, Zia joined the newly formed Pakistan Army as a Major. His regiment was now the Guides Cavalry Frontier Force Regiment. He was trained in the United States in 1962–1964 at the US Army Command and General Staff College Fort Leavenworth, Kansas. After that, he returned to take over as Directing Staff (DS) at Command and Staff College, Quetta. During the Indo-Pakistani War of 1965, Zia was a tank commander. 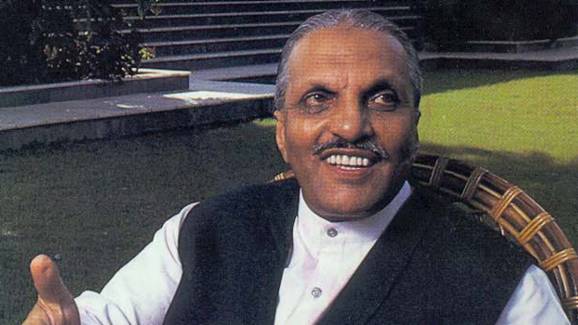 Zia was stationed in Jordan from 1967 to 1970 as a Brigadier, helping in the training of Jordanian soldiers, as well as leading the training mission into battle during the Black September operations as commander of Jordanian 2nd Division, a strategy that proved crucial to King Hussein's remaining in power. By 1973, then Major General Zia was commanding the 1st Armoured Division at Multan.

He was then promoted as Lieutenant General and was appointed commander of the II Strike Corps at Multan in 1975. It was during this time when General Zia invited Prime Minister Zulfikar Ali Bhutto as the Colonel-in-Chief of the Armoured Corps at Multan, using his tailor to stitch the Blue Patrols of his size. The next day, Bhutto was requested to climb a tank and engage a target, where the target was quite obviously hit. After the function, General Zia met Bhutto, placed his hand on the Qur'an and said, "You are the saviour of Pakistan and we owe it to you to be totally loyal to you."

On 1 March 1976, Prime Minister Zulfikar Ali Bhutto approved Zia as Chief of Army, ahead of a number of more senior officers. At the time of his nominating the successor to the outgoing chief General Tikka Khan, the Lieutenant Generals in order of seniority were, Muhammad Shariff, Muhammed Akbar Khan, Aftab Ahmed Khan, Azmat Baksh Awan, Agha Ibrahim Akram, Abdul Majeed Malik, Ghulam Jilani Khan, and Muhammad Zia-ul-Haq. But, Bhutto chose the most junior, superseding seven more senior generals. However, the senior most at that time, Lt Gen Mohammad Shariff, though promoted to General, was made the Chairman Joint Chiefs of Staff Committee, a constitutional post akin to President Fazal Ilahi Chaudhry 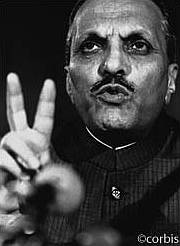 Prime Minister Bhutto began facing considerable criticism and increasing unpopularity as his term progressed. Initially targeting leader of the opposition Khan Abdul Wali Khan and his opposition National Awami Party (NAP). Despite the ideological similarity of the two parties, the clash of egos both inside and outside the National Assembly became increasingly fierce, starting with the Federal governments decision to oust the NAP provincial government in Balochistan for alleged secessionist activities and culminating in the banning of the party and arrest of much of its leadership after the death of a close lieutenant of Bhutto's, Hayat Sherpao, in a bomb blast in the frontier town of Peshawar

Elections were held on March 7, 1977. The Pakistan Peoples Party won these elections, but was accused by their opponents, Pakistan National Alliance, of rigging the elections. On March 14, 1977, the Alliance started a series of nationwide protests. Talks between the Alliance and Bhutto government were held in June 1977 and an agreement was reached, but it could not be implemented. 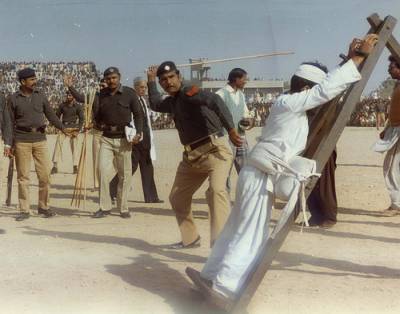 The trial of Zulfikar Ali Bhutto

On 4 April 1979, the former Prime Minister Zulfikar Ali Bhutto was hanged, after the Supreme Court upheld the death sentence as passed by the Lahore High Court. The Supreme Court ruled four to three in favour of execution. The High Court had given him the death sentence on charges of the murder of the father of Ahmed Raza Kasuri, a dissident PPP politician. Despite many clemency appeals from foreign leaders requesting Zia to commute Bhutto's death sentence, Zia dismissed the appeals and upheld the death sentence. The hanging of an elected prime minister by a military man was condemned by the international community and by lawyers and jurists across Pakistan

Bhutto's last personal appearance and utterances in the supreme court were not merely a long defence of his conduct he also made some matters clear. He mentioned the words of "heir" for his son "Mir Murtaza Bhutto". He made some remark which indicated that he has views similar to a Sunni, though he was Shia. He also effectively cast doubt on reliability of star witness against him i.e. Masood Mahmood who was a UK trained lawyer and not merely a police officer and FSF chief. He mentioned repeatedly Lahori Ahmedi connection of Masood Mahmood in his testimony. He repeatedly brought the subject of his maltreatment in the death cell. Bhutto made it abundantly clear, even though indirectly that he wants either freedom or death, not some thing in between, and appreciated Khar and his lawyer Yahya Bakhtiar.

Under General Zia's Martial Law, there was steady economic growth favoring the private sector, and efforts were made to Islamize the political, legal and economic structures. Pakistan gained the status of Most Favored Nation from the United States following the Soviet invasion of Afghanistan in December 1979. Vast amounts of military equipment and aid were donated to Pakistan to help the four million Afghan refugees who crossed into Baluchistan and North West Frontier Province.

On February 6, 1981, Movement for Restoration of Democracy was established to return democracy to Pakistan. A provisional Constitution was enforced on March 23, 1981, as the Constitution of 1973 had been suspended with the imposition of Martial Law.

Finally, after the nomination of Muhammad Khan Junejo as Prime Minister of Pakistan on March 20, 1985, Junejo fulfilled his promise of lifting the Martial Law and the restoration of the fundamental rights, but at the price of enforcement of the Eighth Amendment and the validation of the Revival of the Constitutional Order.