Attock, is a small town in Pakistan it is located at the confluence of river Indus & Kabul. Attock the headquarters of Attock District, is in the northern border of the Punjab province, and also a border district on the river Indus. Attock's old name, before 1985, was Campbellpur. 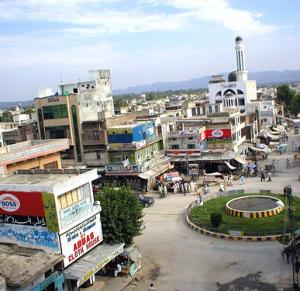 The city's foundations were laid in 1908, and it was named Campbellpur after Sir Campbell

Although Pakistan had become independent from Britain in 1947, it wasn't until 1978 that the name Attock was adopted for the city.

Attock District's climate is characterized by very hot summers and very cold winters. The maximum temperature reaches 40?C. The northern part is more humid, with a relatively moderate climate as compared to the southern part.

The river Indus flows on the western and northern sides of the district; the Haro River comes from Haripur and passes through the Attock Tehsil on the north of the Kala Chitta Range. The land consists mainly of hills, plateaus, and dissected plains. The area north of the Haro River is a flood plain with fertile soil.

Village of Thatta has been one of the most important villages of the District. It is believed to have been founded by Sher Shah Suri, while some believe that it was founded much earlier, in the time of Alexander's invasion. The Khattar family of this village has played a very important role in the progress of the country and the region.