Havelian is a small town in the Abbottabad District of Hazara Division in  Khyber Pakhtunkhwa province, Pakistan. Havelian is located on the Karakoram Highway and on the banks of Dor River, about 15.5 kilometers south west of  Abbottabad 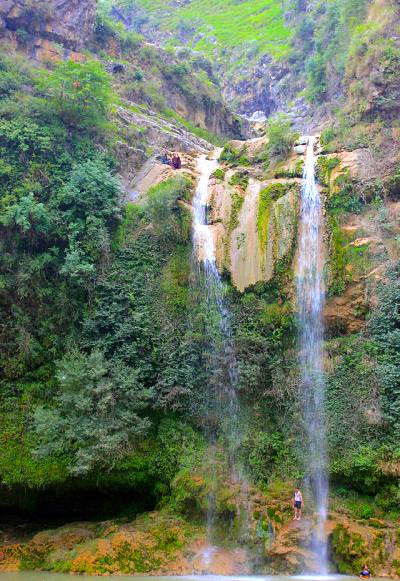 Havelian word literally means "mansions". The outskirts of the city are also home to one of the largest ordnance factories of Pakistan, Pakistan Ordnance Factories Havelian (POF). An ordnance depot also exists in the vicinity of the city and the factory.

Havelian bazaar is just a traditional village bazaar one can have a small excursion to Sajikor Waterfalls The 'Sajikot Waterfall' is a place worth seeing from Havelian. An othe rplace to see is the Shrine of Khanqa Peer Syed Sattar Shah Daree Shareef and Khanqa Peer Syed Zaman Shah Kazmi Kaseel Sydan

Havelian's prehistory has not been researched as much but it was certainly an active place during the Kashan perion (60AD to 6th AD) it was the gateway to the valleys down south. The stone inscriptions on rocks in Mansehra also prove that the region was craddle of Buddhisam in the earlier times.

Havelian's main public transport consist of auto rickshaws, modified Suzuki pickup vehicles, tongas, which can accommodate anywhere from 8 to 13 people at a time. Taxis and automobiles for hire are also available. Vans and buses are frequently used for connecting Havelian to the surrounding cities and towns in the region.

Prime Minister Nawaz Sharif performed a groundbreaking ceremony of the Hazara Motorway, the road link of the Pakistan China Economic Corridor, on November 29, 2016. The 60-kilometre-long, 4-lane fenced expressway will cost Rs33 billion. The Hazara Motorway will reduce the drive time from Islamabad to Havelian to just 30 minutes, additionally providing a road to the Havelian Dry Port project. The project anticipates hundreds of thousands of employment opportunities, possibilities of new business ideas, and a socio-economic uplift of the whole region.

Hevelian was the begining point for Karakorum highway which was build in 1966 to 1978 by FWO and Chinese engineers. It was the Bridge of Havelian where the work of the road started. 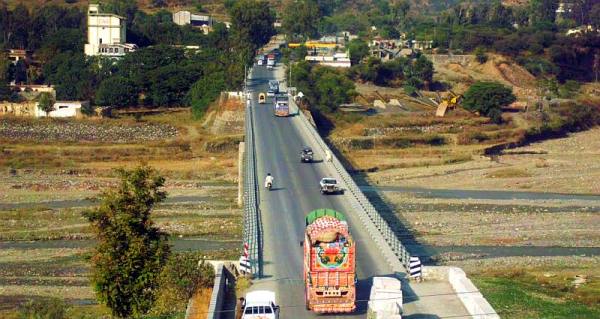 Havelian is the terminus of a branch railway, in February 2007, consultants were engaged to investigate the construction of a railway link to China. The line would go via the 4,730m-high Khunjerab pass.

A former through railway to the east was cut by partition with India.

Agriculture and business are the main occupations of the people in Havelian. A significant number of people are also employed in the ordnance factories and ordnance depot however, the factory boasts its own housing area separate from the old city. Courier and cargo company, KMW Domestic and international courier and cargo Pvt limited, is situated in Havelian.