During the 1940s there was a Kala Chapra (also known as the Black Hangar) at the Karachi airport. It was a huge black colored hangar constructed by the British for the British R101 Airship. Only three hangars were ever built in the world to dock and hangar the R101 airships. Unfortunately the R101 airship didn't arrive in Karachi (then part of the British Raj), it crashed early in its journey in France. This hangar was so huge that aircraft used it as a visual marker while attempting VFR (Visual) landing at Karachi. This hangar was also known as the landmark of Karachi. 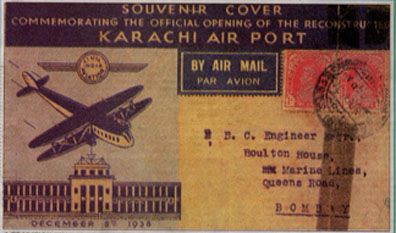 During the 1960s, President General Ayub Khan unwisely ordered this hangar to be torn down. Thereby destroying a big part of the aviation heritage in Pakistan. 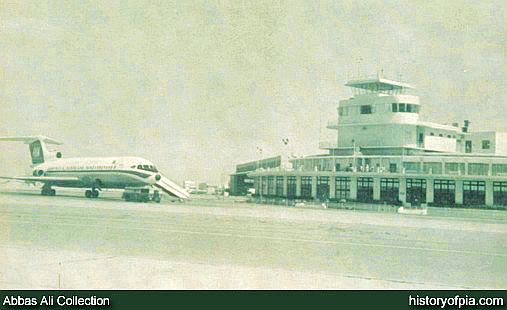 Jinnah International Airport was once a much busier airport. In 1960's and 1970's was included in the destinations of several major airlines of the world including Lufthansa, Alitalia, Qantas, Air France, KLM, Pan Am, MEA, Swiss Air, SAS and Kuwait Airlines. However, due to terrorist acitivities that rocked the city of Karachi in mid-1980's, several airlines discontinued their service for Qauid-e-Azam International Airport. However in the past couple of years the dwindling numbers of airlines does seem to have stabilised somewhat and whilst there hasn't been a marked incrase in the numbers of airlines flying to Karachi a few have either started or resumed flights e.g. Cathay Pacific and Singapore Airlines. Economic factors may be partly responsible and as the economy of Karachi and subsequently Pakistan's expands there may yet be more carriers willing to return to Jinnah International.

Jinnah International is also where the majority of PIA's maintenance network is located, although some of its maintenance work also takes place at Islamabad International Airport. There are several hangars at the airport, the largest is the Isphhani Hangar (named after a very historic person in Pakistan's history) that can accommodate two Jumbo 747s and one narrow body airliner (e.g. Boeing 737) at one time. On 15 February 2008, the first major overhaul of a Boeing 777-200ER aircraft (known as "C" check) was done at Ispahani Hangar. 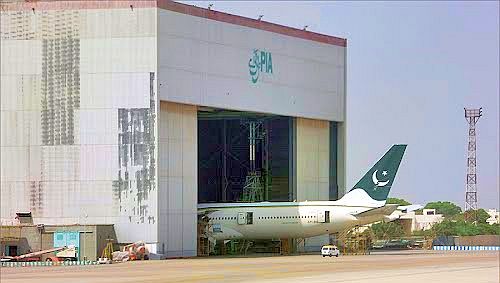 Most of the PIA aircraft are checked and regulated at the aircraft hangars in Karachi. The PIA maintenance also check other airline aircraft in Karachi such as Philippine Airlines and Turkish Airlines.