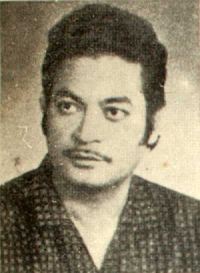 Although two decades have passed since his demise, the captivating melodies of classical vocalist Ustad Amanat Ali Khan are still fresh and fragrant. His recordings are appreciated by listeners of all ages. Amanat Ali was tutored under the keen eye of his father, Ustad Akhtar Ali Khan, a noted musician of the Patiala gharana. Amanat Ali was a master of three musical forms: the raga, the thumri, and the ghazal.

Classical music was at its peak when Amanat Ali and his younger brother, Fateh Ali, began their career. Amanat Ali was immediately noticed for his remarkable talent. He created a unique and innovative style of performing music which helped those not initiated in this art to understand and appreciate traditional music. He simplified the structures of ragas, sang thumris more softly and smoothly than any of his contemporaries, and innovated a novel style of ghazal singing during the last days of his life. His death proved to be an irreplaceable loss to the music of the subcontinent. In recognition of his remarkable services, the Pride of Performance Award was conferred upon him in 1969.

Amanat Ali Khan was born in Sham Chaurasi, Hoshiarpur, Punjab to Akhtar Husain Khan and the grandson of Ali Baksh Jarnail, the founder of 'Patiala Gharana'. Along with his brother Ustad Bade Fateh Ali Khan, the young Amanat Ali started singing for gatherings ('mehfils') and at an early age he became a recognised singer in the court of the Patiala king.